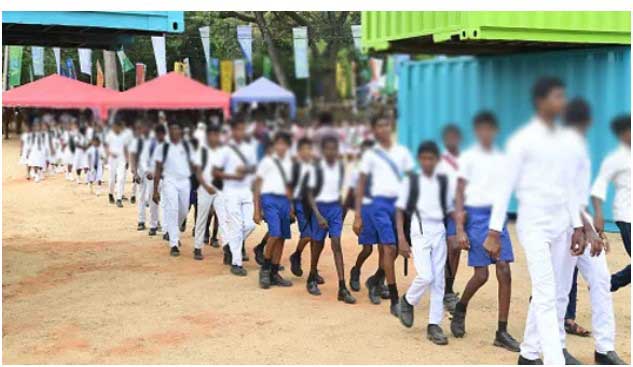 Sri Lanka’s President’s office established a Food Security Program Unit to address rising poverty and hunger following reports of rising malnutrition and students fainting at schools without food amid an economic crisis and sharp depreciation of the rupee currency, making basic food unaffordable for many people.

Local and social media have reported numerous incidents of pupils fainting at schools because they arrived without having eaten anything at home, growing malnutrition, and many people eating less and less nutritious foods.

Food inflation has risen to a record 84.6% in August 2022, up from 82.5% the previous month, with prices for all necessary goods such as rice, wheat flour, and associated items, as well as protein sources such as fish, meat, eggs, and poultry, more than doubling in the prior six months.

In a statement, President Ranil Wickremesinghe’s office stated that families with more than five members who receive the current poverty alleviation programme Samurdhi, as well as families with disabled and chronically ill members, have been identified as criteria for providing assistance under the World Food Programme (WFP).

“Accordingly, it is possible to distribute Rs.15,000 monthly under the World Food Program for such households through Grama Niladhari Officers and Divisional Secretaries,” the President’s Media Division stated in a statement.

“This money will be supplied to them for the first three months, and a food programme will be developed for the next six months.” In addition, the government has made steps to grant a monthly allowance of Rs. 10,000 to 61,000 impoverished households for a period of six months.”

According to the World Food Programme’s August Situation Report, 6.3 million people are food insecure, and 6.7 million are not eating enough.

WFP’s economic crisis response sought to reach 3.4 million people through three primary activities: unconditional food assistance in cash or in kind, school meals, and nutritional support. However, these programmes have yet to begin.

Sri Lanka’s extraordinary price rise in essential items comes after the country’s currency crashed as a result of the central bank’s excessive money creation, making imports such as food and fuel more expensive.

A loaf of bread, which was formerly one of the cheapest foods available, has increased by more than 200% in the last four months.

Gauri Khan talks about Aryan Khan’s arrest on Koffee With Karan: ‘Nothing can be worse than what we’ve been through’