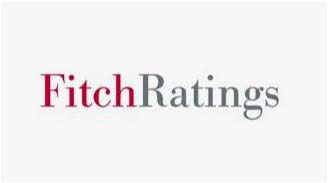 The finance and leasing companies carry more susceptibility to interest rate risk amid the elevated domestic interest rates, said Fitch Ratings, as they hold mostly fixed-rate loans, which have a slow repricing cycle than their liabilities, of which majority consists of deposits.

This condition has pervasive effects on the sector net interest margins, as their deposits get repriced more quickly at higher rates than their loans, compressing the margins and thereby the profits.

The absence or muted growth in new loans, due to the extremely high interest rates and runaway inflation, has also exacerbated this condition while the companies are also compelled to offer higher rates for new deposits, due to the competition coming from their banking counterparts.

“We believe the finance and leasing companies may be more susceptible to interest rate risk amid sharply higher domestic interest rates, as their mostly fixed-rate loans reprice more slowly than their liabilities,” Fitch Ratings said last week, as part of its rating review of Senkadagala Finance PLC, of which the rating was maintained at BBB+, with a Negative rating watch.

While the companies may be trying to raise the rates on new loans and leases, it remains challenging to pass on the higher funding cost to the borrowers in a weaker economy, as they will either shun new loans or become unable to service their existing ones, falling into default.

Sri Lanka’s banking and financial sector among most other sectors is undergoing its worst operating conditions, with higher funding costs, rising loan loss provisions and surging operating costs amid runaway inflation, which together have weighed significantly on their profitability.

The conditions are more pronounced for the finance and leasing companies, due to their less ability to reprice their loans as mentioned above and the segment of borrowers comprising of “underbanked low to middle-income small to medium-sized entities”, which they cater to. This type of borrowers remains highly vulnerable to economic cycles.

Further, the heightened stress on funding and liquidity amid restrained ability for growth, due to the significantly high-cost operating environment caused by the economic downturn, has also undermined the sector profitability and asset quality metrics.

The Yala park issue is being suppressed by suspending junior officers.

Commemoration of the 7th Ayurveda Day