Explore the nuances of ‘Ela Ur’ – The most amazing adventure! 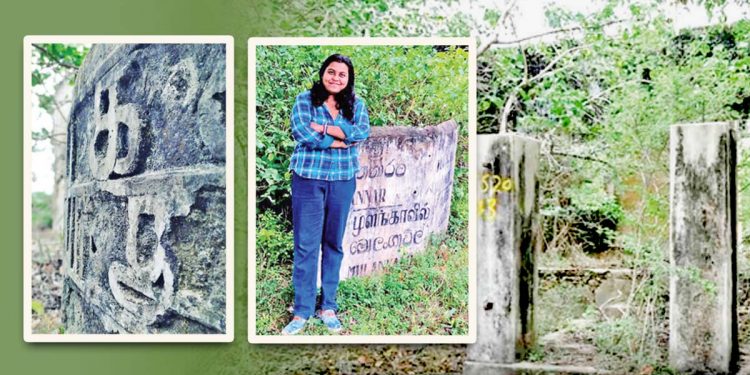 Anyone with a solid grasp of Sri Lanka’s environmental facts is aware that the Northern Province and its environs occupy the most forest land on the map. When travelling from Jaffna to Mannar over the Sangupitti Bridge and Poonagari, you must see the magnificent deep forest on both sides of the road. In the Kilinochchi area, around seven to eight kilometres from the Pallavarayankatu junction on the Mannar-Poonagari major road is the picturesque village of Veravil. Earlier days, this region was rich in agricultural land and was self-sufficient in marine resources due to its proximity to the Indian Ocean. However, this town of more than a hundred households has access through a red dirt road.

This tale begins in Veraville. The Christmas wind of the month of December covered my motorcycle in the crimson dirt of the road to Veraville. The deity of Viraver, who has blessed this location, aided us in completing our journey without any incident. Since the independence in 1948, the inhabitants of these regions have witnessed no development at all.

It has been two hours since the sun rose. As indicated previously, the destination is Veravil or Eelam, from which the magnificent name Ela Ur was derived. The adjacent villages are Palavi, Ponnavali, Valaipaddu, Kiranchi. But prior to independence, circa 1930, this province was known as Ela Ur. According to the history of Tamil literature, this is the location where the famous poet “Ealatta Pudan Devanar” formerly resided.

Also, Lanka was formerly known as Elam. During the reign of the Jaffna kingdom, this province was referred to as “Velinadu,”   ‘Veli’ signifies outside ‘Nadu’ means a country. This suggests that Veraville was previously considered a foreign nation. Even residents of the Delft Puncudativ Islands in Jaffna have worked here at various occasions. It indicates that all surrounding islands are easily accessible by boat. We were informed that Catholic devotees from the surrounding areas attend the annual liturgy on Kachchativ Island.

Due to the self-sufficient economic structure of Ela Ur, rice, cow’s milk, and other agricultural products were traded with India and the Jaffna Peninsula during the time. Even the Portuguese who came to Sri Lanka at that time to conquer they made this Eela Ur a focal point of their religious propaganda because the population density was great in this region. In addition, we are all aware that Armuga Navalar has collaborated closely with Ponnawali Veravil’s rural regions. This Ela Ur is a region where numerous archaeological artefacts remain buried beneath the dirt.

Due to the 1964 cyclone, the major cement factory in Jaffna, the Kankasanthura cement factory, was shuttered. Environmental concerns prevented the construction of a new cement factory in Ponnavali, where the population density is low, despite the fact that the foundation stone had been laid.

Now it is past three o’clock. Once more, it is tough to go on the deteriorating road. The nearest road is the forest road along the Mannar 32 road, which passes through a dense forest or preserve.

The sole dvantage of this road is that there are no potholes. However, there are water-filled streams everywhere. Both sides are surrounded by vegetation. There were numerous tropical trees with thick bark and green leaves, such as ‘palu’ and’veera. Also abundant are deer, elk, and wild boar. I observed the magnificent elephant footprints left with elephant dung.

My colleague and I carried the camera equipment; there is not a single person or living creature around. Along the stone and gravel road, there is nothing but an infinite forest on both sides. You must escape the bush while avoiding an elephant and preserving the wheels of your bicycle.

What is wildlife photography?

Nearby Kachchativ Island has recently been plagued by a number of administration-related issues. Against this backdrop, there are efforts to sacrifice the Kachchathivu Island, which belongs to the fishermen of the Northern Region, in order to resuscitate the economy, which is steadily deteriorating. Possibly as a result of this, the northern fisherman, who worry that the Indian government will return to the island of Kachchathiv in exchange for providing aid to those afflicted by the economic collapse of Sri Lanka have staged multiple press conferences.

After completing their conquest of our nation in 1815, the British featured Kachchativ Island on multiple maps created during their 133-year rule. John Arrowsmith made one of these maps in 1857. According to this map, Kachchathiv is an island belonging to the Jaffna Peninsula. The island of Kachchathiv belonged to the northern region of Sri Lanka, according to a map included in Sir James Emerson Tenest’s 1860 book Ceylon, which was written by a British civil servant.

Four years have passed since I began my trip of exploration. Looking back on my journeys I recall Yaldevi passing elephant pass, Karainagar, the quiet town of Jaffna, Mandativu which is not far from Pannai Causeway, Kites, the remnants of colonial sites, Nedantivu, the land of wild horses, and Point Pedro at the tip of Sri Lanka through Kankasanthurai. But despite having visited such locations, my Pen was not that robust.

Even today, you can feel the cool breeze blowing from Green Valley’s mountain ranges. But a gusty wind blowing from the distant ocean is embracing my tired sleep. But it is now very familiar to me.

Did you come here a long time ago?

Instead of the dissected palm trees that drew your attention when you first arrived, there are now young palm trees treading on the fertile soil where people buried their remains. Stretching paddy fields that stretch for miles, there noble sons and daughters who were laid to rest with a love for this land.

If that is the case, these provinces should also see the light of development. Because they are also a part of the country’s population. Teachers, civil servants, journalists, nurses, and other professionals will be born in these villages.

If that’s the case, this is yet another disclosure that I’ve come across.