Even if Ranil strikes Kumar Gunaratnam, will not attack Anura Kumara! JVP instructed to surround the legislature! (VIDEO) 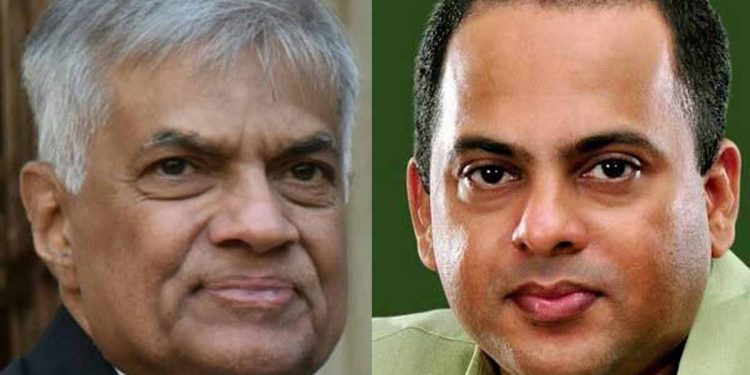 SJB Member of the Parliament Mr. S.M. Marikkar suspects that the President and the JVP have reached an agreement. Today, he made this statement during a press conference in Colombo.

The statement is given below.

No one may challenge or threaten suppression. We advise the eighth president to be prepared to set any trap he desires. We recognise that you are frightened. We will take to the streets to address the needs of the people. If they don’t take care of the people’s concerns, if they try to kill people with taxes, if they don’t bring the tax rate down to a fair level, and if they don’t create an environment in which children can afford textbooks, we will undoubtedly come. Stop if possible. Therefore, it must be realised that Mr. Ranil Wickramasinghe is not the president of Sri Lanka in perpetuity. Officers of the military and police officers are government employees. Ask their wives in your homes about their kitchen management techniques. How to address children’s issues?

Therefore, it should be explicitly declared that a government coup will occur next year if this president or any member of this government issues incorrect orders that are carried out. We do not tolerate violence; this must be communicated explicitly. We despise and condemn the assassination of lawmakers, the torching of homes, and the assault of individuals, and we do not contribute to such acts of violence. The army has no authority to restrict the fundamental rights of the people, however. Now, the president jokes, “I am being compared to Hitler.” He is attempting to imitate Hitler. He attempts to imitate Hitler but is unable to do so. We know his capabilities. He is aware of what we can do. Thus, we reach the freeway. Let’s go on the roadway and observe their actions.

The second is that he threatens the media. He wants to appoint a select commission to probe media.  Not only for the media, if someone has done something wrong, give a punishment. But, don’t get ready to be scare people by lies. We saw that when he was in the government, two media organizations were lying and deceiving people but he could not stop that.  If that was done then, there would be nothing today. He just utters something to please Pohottuwa MPs. The President does not understand one thing.

People hoped that the government would approach the International Monetary Fund, negotiate with the lenders, restructure the loans, and stabilise the economy of this nation. When he made such statements, threatened the media, the people, and violate fundamental human rights, and when he come to the parliament to behave like a dictator by deploying military troops, the international community conclude that civil liberties do not exist in this country. If democracy lacks civil liberties, will these debts be restructured? The members of this administration and the central bank are therefore the liars. The restructuring is expected to be completed by December of this year. It will not be accomplished. It will continue through to March. The reason is due of this president’s haughty behaviour. Knowledgeable individuals should attend the restructuring discussion. Can that Anuradhapura Shehan Semasinghe negotiate a debt restructuring with the International Monetary Fund?

Such a team should be put in place to do a debt restructuring of 54 billion dollars. Therefore, if they threaten to get our support from the opposition, they will not be able to do it.

He is doing something creepy. They ask for the support of the Samagi Jana Balavega to show people for lies and try to give a shot to Sajith Premadasa while asking. Peoplization was brought during the time of President Premadasa. Yes, it was during his time that garment factories were brought. Today, an income of fourteen billion dollars or fourteen million thousand dollars a year comes to Sri Lanka, and that is what brings medicines, essential food items and other essentials these days. They don’t talk. Loss-making institutions should be restructured. We don’t have any problem. Therefore, we have to tell the president that if he wants to get the support of the United People’s Force or the opposition, he will not have to do it by setting traps.

There is something more I’ve observed. I do not support Kumar Gunaratnam or the radicals in any manner. However, he strikes Kumar Gunaratnam and the vanguards without addressing the protesting JVP. The JVP entered Parliament. There was talk of torching the parliament, and members of the Jantha Vimukthi Peramuna were there. Therefore, he does not discuss them. I cannot fathom how the arrangement with the red baby elephants came to light. We inform the people of Pohottuwe that you do not have a referendum, and the eighth president does not have one either. For a man who has killed an elephant, finishing a pot is not too tough. Please remember this.

When Basil arrived in Katunayake, the Civil Aviation Authority paid for his and others’ refreshments!

The slander of Sajith, that there were frauds in the Cultural Fund, was proven false in the Parliament’s COPE Committee!