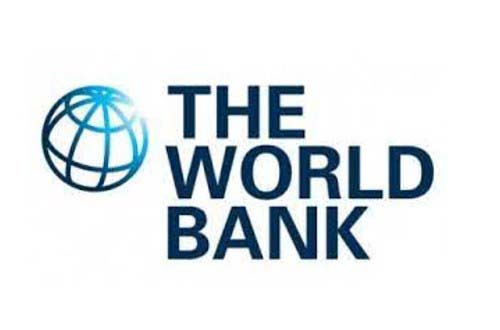 The World Bank, in its Sri Lanka Development Update (SLDU), emphasizes that the first step the country should is to determine the current needs of the population in a transparent and unbiased manner.

The document, which reports on key developments over the past 12 months in Sri Lanka’s economy, underlines that Sri Lanka is currently facing an unprecedented macroeconomic crisis, as years of fiscal indiscipline and risky commercial borrowing have led to unsustainable levels of public debt.

The World Bank emphasizes that in order to determine the current needs of the population in a transparent and an unbiased manner, the government will have to collect data on households receiving or needing assistance, sufficient to ensure they are properly identified and that assistance to the poorest is prioritized.

Accoridngly, the data will be collected by government officials on mobile devices, using a secure process and with a transparent grievance and appeals mechanism. A wide outreach campaign needs to be conducted  to ensure all who are in need can apply to be registered and assessed for assistance, the World Bank states.

Therefore, a process will be put  in place to update these data on a regular basis (at least once every two years). This will ensure that  immediate assistance goes only to those who need it most, given the budget constraints, and make it possible to regularly review the status of social assistance beneficiaries to ensure those who graduate out of poverty can make way for others who are more in need of help.

With regard to the existing program, the World Bank says that Sri Lanka’s safety net programs have failed to cover most of the poor, and consequently have achieved only modest impacts on poverty.

The process for selection of beneficiaries is managed tightly by local and central Government officials without transparency or independent oversight. Field assessments of Samurdhi, report
politicization of the beneficiary selection process; rationing compounds the problem, the World Bank says.

According to the World Bank, the economy was already showing signs of weakness before the COVID-19 pandemic, and other factors, such as the restrictive trade regime, weak investment climate, episodes of loose monetary policy and an administered exchange rate had  contributed to external imbalances, which then, combined with pre-existing fiscal  imbalances and tax cuts in 2019 contributed to ths current crisis.

The World Bank, however, has made several recommendations, with the first being that requirement of debt restructuring to bring debt back to a sustainable path.

Secondly, the World Bank states that SOE reforms are needed to reduce macroeconomic risks, as weak financial management led to SOEs such as the CPC, CEB and the SriLankan Airlines to incur a combined operational loss equivalent to 1.6 percent of GDP in 2021.

Moreover, further actions are needed to bring the fiscal path to a sustainable trajectory, the World bank says.

According to the report, the crisis has led to an economic contraction in all sectors of the economy, resulting in widespread declines in household earnings. The economic sectors could decline by between 8 to 11%, depending on the sector, all while poverty is expected to increase to over 25% in 2022, a doubling of the poverty rate relative to 2021, and reversing the gains of a decade of progress towards poverty reduction.

On poverty, the World Bank says that results from microsimulations show that the current economic crisis has doubled the poverty headcount for the country, with a point estimate of 25.6% – equivalent to close to 2.7 million people moving below the poverty line between 2021 and 2022.

Along with poverty, vulnerability to income shocks has also increased with many non-poor
households living close to the poverty line.

Among many other recommendations, the World Bank says that the generosity of benefits needs to be reconsidered and better tailored to needs.