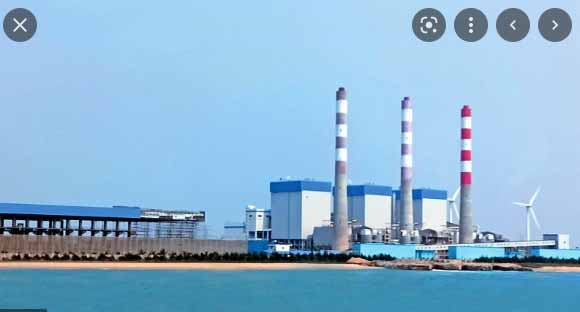 Due to a Covid-19 outbreak, the completion of the ongoing major overhaul of the 300 MW Generation Unit 2 of the Lakvijaya Power Plant in Norochcholai is now expected to be delayed by another two weeks.

The Ceylon Electricity Board (CEB) had previously stated that repairs would be completed on August 31. However, the CEB reports that it will be delayed for another two weeks because nearly 100 employees at the plant have contracted Covid-19.

The completion of the ongoing repairs, according to CEB Chairman N.S. Ilangakoon, will be delayed for another two weeks due to the employees being infected with Covid-19, as well as a few other technical issues.

“We planned to finish the repairs by August 31, but it may now be delayed for another two weeks,” he added.

On June 18, Unit 2 of the Lakvijaya Power Plant was shut down for a planned major overhaul. The current repairs are being carried out by nearly 400 employees, including approximately 250 Chinese experts who have travelled from China.

However, 102 Chinese workers have been diagnosed with Covid-19. They have now been separated and are no longer in contact with their coworkers.

A Level A overhaul, which is currently underway, is expected to take 100 days and will require 400 dedicated technical staff. This time, however, the overhaul was scheduled to be completed in 75 days.

During the overhaul, it was planned to perform approximately 800 activities on all of the generating unit’s main systems and associated subsystems.

The Norochcholai Power Plant has experienced several breakdowns and has been linked to unexplained power outages, which are currently being investigated.