Bogus claims submitted by Ministers for property damaged on 9th May 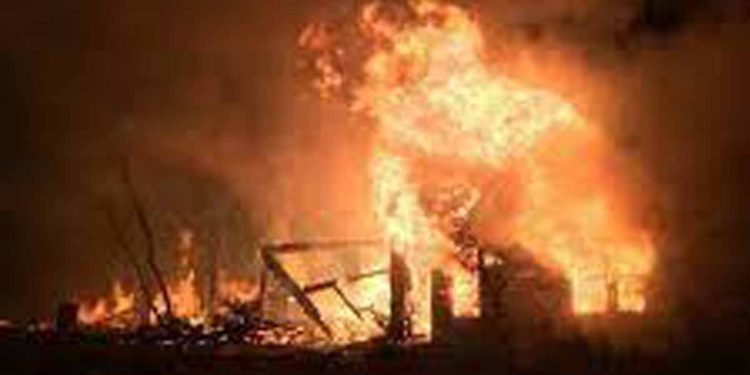 The island newspaper which was released today reports that the Ministers whose properties were destroyed due to the violence that broke out in the midst of the people’s struggle on the 9th of May are trying to get compensation by doubling the value of their properties.

The newspaper says that the valuation officers are also in a lot of trouble due to the efforts of some politicians to get unlimited compensation by submitting worthless valuations for the destroyed properties.

The newspaper also reports that five ministers are trying to get compensation and houses by claiming that the single house that was destroyed as two houses.

Meanwhile, another politician is said to be working to get compensation saying that the loss he suffered is one hundred crores.

In addition to this, the newspaper reports that they are working to get compensation for the burned houses and property by preparing fake lists claiming that they were destroyed but were not actually there.

The news is as follows.
A group of politicians are working to double or triple the assessed value of the properties that were burned and destroyed during the riots that took place across the country on May 9.

The officers who assess these losses are in a lot of trouble because some politicians are working to get unlimited amount of money by presenting worthless assessments for the destroyed properties.

It is also reported that 05 politicians are working to get compensation money and houses by submitting assessment reports about the loss of one destroyed house as 2 houses.

Sources reveal that a certain politician is working to get compensation by submitting reports that the loss he has suffered is over 100 crore rupees.

Also, some politicians are trying to get unlimited amount of money by presenting the lists of valuable items that were not in the houses and buildings that were destroyed.

Some politicians have also submitted valuation reports claiming that there was a large amount of valuable property including gold and cash in their houses that were destroyed.

Police teams investigating these cases say that many of the valuation reports submitted by politicians whose properties were destroyed are not acceptable.

Investigation teams also say that even though these politicians have offered unlimited compensation for their destroyed property, they have not made any inquiry or investigation on how they earned the property.

For this reason, they claim that they have to accept the property valuation reports presented by those politicians.

After the disturbing incidents that occurred across the country on last May 09, the properties belonging to nearly 76 politicians were set on fire and destroyed by organized people.

Investigations revealed that some of the violent people had also looted the valuable property from these houses and buildings.

A third force in between Rajapakse – wickramasinghe deals. why aren’t they arrested(VIDEO)