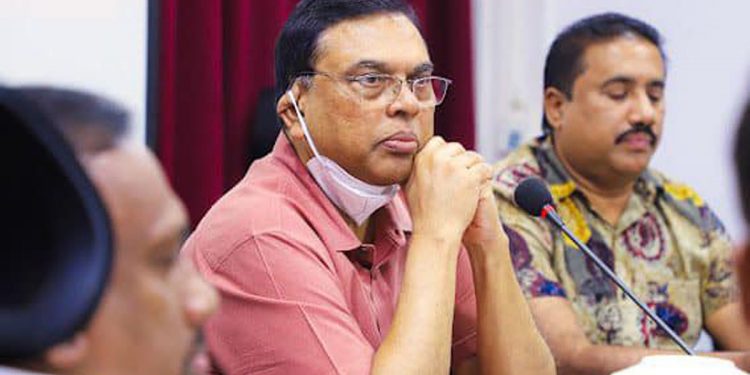 Very reliable sources confirm that Mr. Basil Rajapaksa, the national organizer of the Sri Lanka Podujana Peramuna, has decided to give up his American dual citizenship.

Accordingly, it has been learned that Mr. Basil Rajapaksa is preparing related documents even now

It is reported that Mr. Basil Rajapaksa is ready to come to Sri Lanka after handing over those documents to the American authorities.

It is said that he has decided to dedicate his entire time to politics and to reorganize Pohottua after his arrival.

Many people are accusing that the 22nd amendment was aimed at Mr. Basil Rajapaksa and that this amendment was brought to end his politics.

Thilini Priyamali’s phone is a goldmine! Flavors galore! A video shows a politician who sneaked into a room with Thilini and was scammed for Rs100 crores!