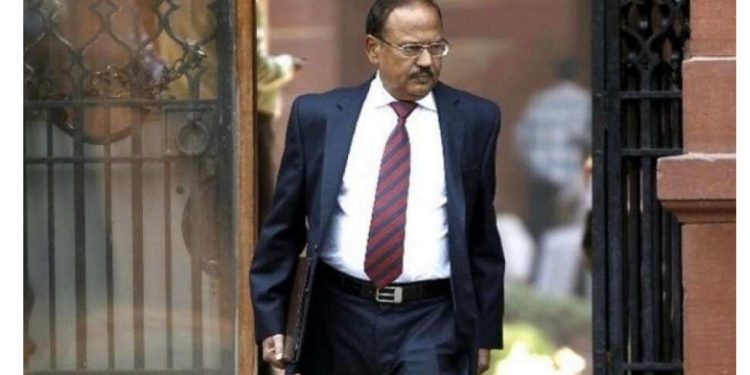 It is learned that Mr. Doval has met and held discussions with many high level representatives of the government and the opposition during this visit.

It is also said that Mr. Doval had a discussion with the President this afternoon.

Accordingly, he is scheduled to leave the island tonight.

Our earlier disclosure in this regard

As a result, Mr. Doval is expected to hold a number of rounds of negotiations with the President and high-ranking officials from the government and several other parties during his two-day visit to Sri Lanka tomorrow and the day after.

The meeting with the President is scheduled for the following day (20).

However, various government parties have tried on numerous occasions in recent months to arrange a meeting between the President and Indian Prime Minister Mr. Narendra Modi, but all efforts have failed because Mr. Modi has not made time for it.

The President attempted to schedule a meeting not only through the Indian High Commission in this country, but also through Mr. Milinda Moragoda, the Sri Lankan High Commissioner in India, but was unsuccessful.

Later, Mr. Sagala Ratnayake was sent to India as the president’s special representative, but he was also unable to arrange a meeting between the President and India’s Prime Minister.

Following that, former President Gotabhaya Rajapaksa called the Indian National Security Advisor, Mr. Ajit Doval, and requested a meeting between the President and the Indian Prime Minister. That, too, did not work.

Later, Mr. Ajith Doval’s son, Mr. Shaurya Doval, happened to come to Sri Lanka on a private visit last week, and when the President learned of this, he personally met with him and took steps to discuss the matter.

However, political analysts believe that, against this backdrop, the two-day visit of Indian Defense Advisor Mr. Ajith Doval to Sri Lanka will be pivotal.

Hell with children! Here is an example of a teacher’s work!