Amid thousands of ethnic, religious and language issues, India has elected a tribal president. When will we get there? 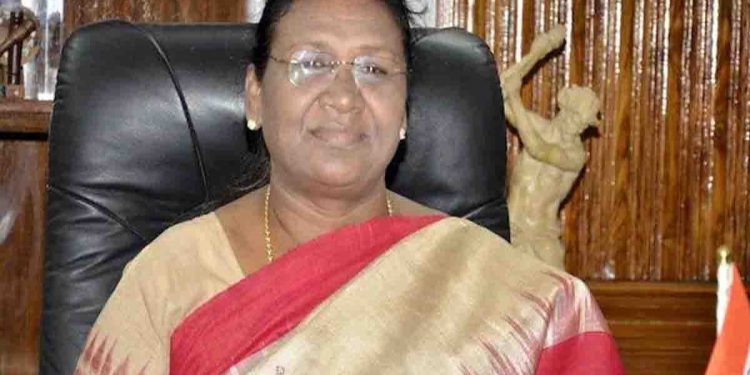 As a nation, we miss the bus in Kadiragarmar matter. Haven’t we realized it yet..?
It is not late to learn a lessons from the neighbor.
Opportunity to appoint a non-partisan prime minister lost.

Among the largest countries in the world, India is ahead. In terms of population, India is in a place that can shake the world. India is a huge country. A country with a great cultural mix. A country where people speak many languages. It is also a country where a large number of religious scholars were born. It is a country oppressed by all these castes, religions, issues.

A country where the rich are dominating the world in one place, while the poor in another place are dying without a way to live. It is a country where people suffer from drought in one corner while others suffer from floods. Any produce any where in the world that is produced in India as well.

In this manner India reached a high pedestal in today’s world. very recently India elected a new President. She is a female. India is the second most populous country in the world. Population is around 1.3 billion. Currently, the world population is 7.75 billion. Accordingly, 17.8% of the world’s population living in India.

This makes India as a country with an unimaginably huge human community. The size of India is 3,287 million square kilometers. India is surrounded by sea and land, by the Himalayan mountain range. India has borders with Bangladesh on one side, China, Nepal, Myanmar and Bhutan on the other side. This wonderful country is currently becoming a country that can have a great impact on the world. Also, they are competing with China, which has become the powerhouse of Asia. It has become very easy for them to be the leader of South Asia in this competition.

Draupadi Murmu was appointed as the 15th President of the India. She took her oaths in front of the Chief Justice of India N.V.Ramana. She became the 15th president of India after a simple ceremony held in the main hall of the parliament building.

Prime Minister Narendra Modi, Speaker of the Indian Parliament Venkaiah Naidu, Speaker of the Lok Sabha Omi Birla and many other guests participated in this ceremony. After taking her oath, Draupadi Murmu arrived at Rashtrapati Bhavan, the official residence of the country’s president, at around 11 am on the same day. she was officially appointed as the country’s president.

Not just a story- First to assume office born after independence

also said that her appointment proves that the poor people of India not only have the ability to dream about their future, but also to fulfill those dreams.

Draupadi also emphasized on the empowerment of women. She said that while the sisters and daughters of our country are contributing more and more in various fields, they need to be empowered further. 64-year-old Draupadi Murmu belongs to the ‘Santhal’ tribe, a very oppressed and underprivileged tribe in India.

After the appointment of Draupadi Murmu, many people in India had reported that this Santhal tribe was severely affected by poverty and socio-cultural disparities. A lot of people talked about it as something very special for someone from a very oppressed group of people to become the President of India. But there was one thing that people missed.

That is the story of former President Ram Nath Kovind. Ramnath Kovind also belongs to the ‘Dalit’ caste which is considered to be a very oppressed caste in India. considering these it could be noted it has become a characteristic of India that presidents are appointed from among the people who suffered in this way.

During the Buddha’s lifetime, people who were considered inferior in this way were subjected to many persecutions and many insults. A large number of tribes such as Rathakara, Pukkusa, Chandala etc. had been trampled, presurrised, oppressed and forgotten by otheres.
The powerful castes of Brahmins, Vaishyas and Kshatriyas were persecuting the people of the Kshadra caste. All those persecutions have not gone away yet. There is no casteism anywhere in the world like India.

When Draupadi Murmu became the President of India, when will we allow another nation to come to such a position? There are different arguments and different questions about it.

Even at this moment there were suggestions that one of our Dravidians should run for the post of Prime Minister. We did not even talk about such a prime minister when we had the opportunity to appoint a non-partisan prime minister without going for a voting. If we had done this appointment at least for the world to see, we could have created some positives among the rest of the nations.

Even if a person from a caste considered as a low become the President of India, the truth in Sri Lanka is that such a thing will not happen in this country. War is a situation in which one group is led to gain complete power. Its roots are extremely personal. But we couldn’t tell it to the world.

After 1994, war with related conflicts flared up in Sri Lanka. The world was watching us closely. Many countries accused us of persecuting Tamils as minorities. The Tamil diaspora started raising a strong voice about it in European countries like Canada, France and Italy. Mr. kadiragamar was well received by other nations for his diplomatic acumen and leadership qualities and capabilities. If we had made him our prime minister that would have been a political turning point for our country.

They make proud decisions. But we are still stuck in one place like well toads, we are in a position to wipe our hands after giving power to Colombo based family, education, caste, power and friends. So we have lessons to learn from India. Always there. Sometimes we feel that India will teach us a good lesson very soon. India has taught us lessons before.

Those are not the lessons of this nature, but some other lessons. So we should learn many things from this story. In the meantime, let us bow our heads and salute to her who has become the president of the neighboring country.

How Sri Lankans are adapting their lives to survive the crisis