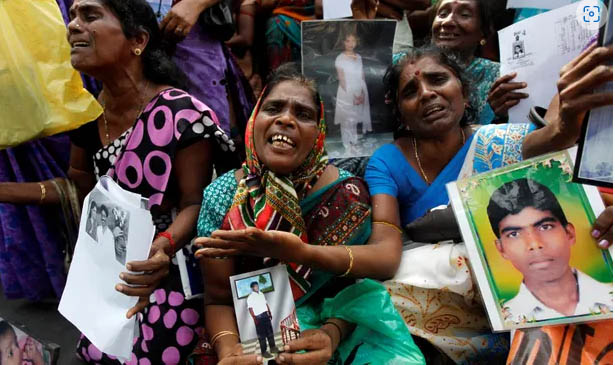 Rights groups say they have a dossier of evidence against Gotabaya Rajapaksa – and a renewed appetite to bring him to account
It was a warm April day in 2019 and Gotabaya Rajapaksa was enjoying the afternoon with his family in an affluent suburb of Los Angeles. Rajapaksa, relaxed in his chinos and polo shirt as he strolled through the car park of the popular American supermarket Trader Joe’s, looked surprised when a woman sidled up and shoved a brown envelope into his hands. “You’ve been served,” said the private investigator before rushing away.

The charges inside that brown envelope, a civil suit alleging complicity in torture and killings, would not make it far in the courts. Seven months later Rajapaksa, a member of Sri Lanka’s most powerful political dynasty, would be elected president, and be granted immunity from prosecution.

But since Rajapaksa’s presidency came to an abrupt end this month as he fled abroad and resigned in disgrace, accused of bankrupting Sri Lanka, lawyers, activists and victims around the world have swung into action. Stripped of the protections of his office, many believe that, finally, this could be an opportunity for justice.

On Sunday, the International Truth and Justice Project (ITJP), which has spent more than a decade doggedly collecting evidence on Rajapaksa and brought the initial 2019 US civil suit, filed a criminal complaint with the attorney general in Singapore, where he is hiding out. It is seeking his arrest for alleged war crimes under the country’s Geneva conventions act. Lawyers say other lawsuits may soon follow.

“We are excited, this is a moment of opportunity,” said Yasmin Sooka, a human rights lawyer with the ITJP. “We’ve spent years collating an extensive dossier on Gotabaya and a pattern of international violations going back to 1989. Now he no longer has immunity, we are confident we have a credible case he has to answer.”

The message it sent to victims, added Sooka, was “very powerful; the idea that this man, who was known in Sri Lanka as ‘The Terminator’, can be finally held accountable”.

Though rare, there have been cases where war criminals who escaped abroad have been prosecuted and sentenced under universal jurisdiction. Sooka confirmed the ITJP was also considering re-filing the US civil case and would be pushing for foreign governments to place sanctions on Rajapaksa’s assets.

Sri Lankans demonstrating in front of the Presidential Secretariat at Galle Face Green on 28 May 2022, the 50th consecutive day of the protest.
‘I screamed and cried’: how Sri Lankan protesters unseated their president
Read more
The accusations against Rajapaksa date from late 2008 onwards, when he was defence secretary and head of the armed forces in Sri Lanka. It was during this time, when his older brother Mahinda was president, that he oversaw the ending of Sri Lanka’s 26-year-long civil war between the Tamil separatist militant group known as the Tamil Tigers and Sri Lankan government forces.

Barbaric methods were allegedly used and approved by Rajapaksa. According the UN, backed up by witness accounts and video footage, there were “credible allegations of war crimes and crimes against humanity”, including systematic murder, torture and sexual violence against tens of thousands of Tamil civilians and the summary execution of prisoners by government forces.

Citizens were enticed to safe no-fire zones in the Tamil-controlled areas in the north, only to be bombarded by deadly shelling from government forces, with dozens of hospitals and humanitarian facilities targeted. Thousands who surrendered were taken in and never seen again. In those final phases of the war, estimates of the dead range from 40,000-100,000. Even in the years that followed, thousands more were subjected to enforced disappearances and white van abductions, where they were often tortured and rarely returned. According to the ITJP and others, the responsibility and chain of command for these actions ended directly with Rajapaksa. He denies all the allegations.

Yet despite numerous damning reports, UN resolutions and recommendations and an international outcry, Rajapaksa never faced a domestic or international courtroom. After his brother lost power in 2015, Rajapaksa moved freely to the US, gaining citizenship. In 2019, still heralded as a war hero by Sri Lanka’s Sinhalese Buddhist majority, he returned to Sri Lanka and was voted in as president. The limited progress towards wartime justice and reconciliation was halted, military generals who had faced convictions for war crimes were pardoned and the persecution of Tamils escalated.

But with Rajapaksa’s dramatic fall from grace has come a new appetite for accountability. While the overwhelming cry from protesters on the streets in Colombo has been a call for him and his family to face corruption charges, human rights organisations and victims have begun vocally pushing for investigations to look beyond financial crime and extend to Rajapaksa’s persecution of the Tamil and Muslim minorities, who are mainly concentrated in Sri Lanka’s northern and eastern provinces, as well as activists, journalists and political opponents.

“We never dreamed this would become a possibility, where President Rajapaksa had to run away for his own safety,” said Leeladevi Aanandarajah, 70, whose son Aanandanadarasa Anura was taken into military custody in the Tamil region of Vavuniya in 2009 and never seen again.

Alongside hundreds of other Tamil mothers, Aanandarajah has spent years trying to find answers about her son, including testifying before police and commissions. Yet their calls for justice have consistently been ignored and she has faced constant harassment, surveillance and abuse from the authorities and military. Many of the mothers of the disappeared are now dying before they get answers.

Like most in the north and east, her hopes now rest on the international community stepping in. “With President Rajapaksa’s resignation, now we are hopeful of pursuing all available avenues with the support of our diaspora communities abroad to bring him before the international criminal court in order to ensure justice is provided to us,” she said. “What we demand is justice for our children, nothing else.”

The ITJP is not the only group looking at renewed legal action against Rajapaksa. In 2019, a US civil action was brought against Rajapaksa for his alleged role in the murder of Lasantha Wickrematunge, a journalist who reported on Rajapaksa’s alleged involvement in corruption and was subsequently killed by a military hit squad directly under his command. More than a dozen other critical journalists were killed during that time in similar circumstances.

Nushin Sarkarati, a lawyer with the Center for Justice and Accountability in the US, who filed the case on behalf of Wickrematunge’s daughter but had to withdraw it after Rajapaksa became president, said this felt like “a new moment of opportunity”, one they intended to seize.

“We’re in discussion with the family about what the next steps are: whether civil litigation is still the right way forward or is there more fervour to push for criminal action against Gotabaya?” said Sarkarati.

Previous pleas by the UN human rights commissioner for members states to open up investigations into war crimes in Sri Lanka in their own countries, and then seek Rajapaksa’s arrest under universal jurisdiction, have come to nothing.

But Sarkarati said that with the “groundswell of support and calls for justice for the myriad abuses that he’s been linked to”, several human rights groups were now pushing governments, including the US, to reopen old criminal investigations into Rajapaksa. “A government like the US could open an investigation and then seek his extradition,” said Sarkarati

Nonetheless, the pathway to Rajapaksa facing trial is riddled with uncertainty. If the authorities in Singapore let him freely leave after his visitor visa expires in early August, a cabinet minister has indicated that Rajapaksa intends to return to Sri Lanka.

KS Ratnavale, a senior lawyer who has worked on hundreds of cases of enforced disappearances and massacre victims, said there remained little likelihood of Rajapaksa facing trial for war crimes within Sri Lanka where all domestic accountability mechanisms had so far failed and Rajapaksa’s political allies were still running the country.

The new president, Ranil Wickremesinghe, is among those accused of protecting the Rajapaksa family in the past and of complicity in obstructing civil war justice. When he was prime minister, from 2015-2019, Wickremesinghe never set up the promised hybrid courts – intended to put leaders on both sides on trial for grave violations of human rights in the civil war – and had refused to dismantle the military units in the north accused by Tamils of committing the worst war crimes.

Wickremesinghe’s actions since becoming president this month, including reappointing Kamal Gunaratne, a former commander of the 53 Division of the Sri Lankan army accused of committing alleged war crimes, as secretary to the ministry of defence, have also not inspired confidence among Tamil groups calling for justice.

“Whatever government comes to power, it covers up the atrocities and crimes committed against civilians and unarmed personnel and entrenched immunity is given to armed forces and paramilitary groups,” said Ratnavale. “That’s why victims are demanding an international probe.”

For the mothers of the disappeared who are still waiting for justice, the fall of Rajapaksa, while a symbolic victory, was not enough to convince them that they would finally be granted the accountability and answers they have craved for 13 years.

Kathirkamanathan Kokilavani, 52, from Kilinochchi, lost her 18-year-old son as they were escaping from heavy shelling and barrel bombing, and never saw him again. “I don’t believe whoever comes into power will give us answers, because they are scared of the truth,” she said. “The Rajapaksas made our children disappear; now they have disappeared from politics.”

we have a small favor to ask. Millions are turning to the Guardian for open, independent, quality news every day, and readers in 180 countries around the world now support us financially.

In these perilous times, a truth-seeking global news organisation like the Guardian is essential. We have no shareholders or billionaire owner, meaning our journalism is free from commercial and political influence – this makes us different. When it’s never been more important, our independence allows us to fearlessly investigate, challenge and expose those in power

The new cabinet will be sworn in on August 5th.

The leader of the opposition informs: stop head change and increasing ministers! the country first ! a national integrated programme with no financial burden ! (VIDEO) 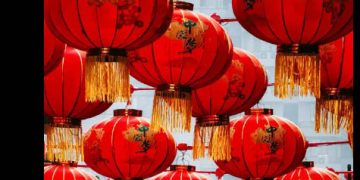