A misinformed letter from the Polonnaruwa district secretary depresses a 13-year-old girl and jeopardizes her education. 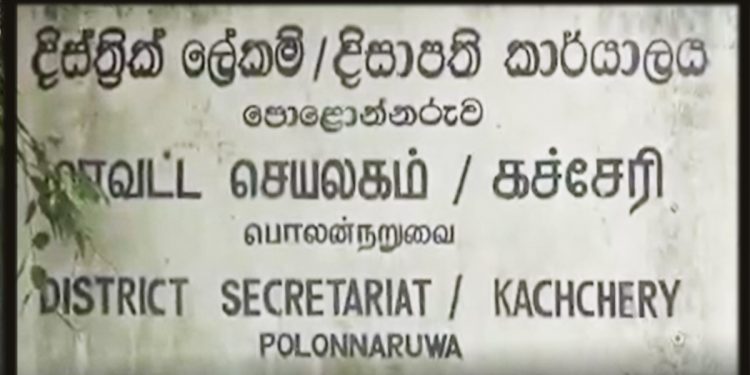 A 13-year-old girl studying in the 8th year of Manampitiya Sinhala Maha Vidyalaya said that she had missed school due to economic poverty, and the fact that the Polonnaruwa district secretary had informed all the authorities including the President in writing that the student was an underage mother who had become pregnant through a casual affair, was revealed to be completely false.

It is reported that the girl is deeply hurt and is seeking the help of the law.

Polonnaruwa District Secretary W.A. Dharmasiri has forwarded the letter to the Presidential Media Division, the Prime Minister’s Secretariat as well as the Ministry of Public Administration, Home Affairs and Provincial Councils and Local Government on the second day.

The girl, who says that she is tired of living due to this statement made without investigation, appeals to anyone who can help her to take the necessary legal steps to come forward.

Malisha Sevwandi Bandara’s daughter had told the media that she did not go to school for more than two weeks because there was no bus fare to go to school, there was no necessary books and there was a shortage of food.

In an inquiry made to Polonnaruwa District Secretary Dharmasiri regarding the letter addressed to the relevant institutions stating that this 13-year-old daughter, who is studying in the 8th year of Manampitiya Sinhala Maha Vidyalaya, is a minor mother.

I will fix it and send it, I was also sent a letter from the regional education office saying that the girl is not in such a condition. Therefore, it will be fixed and sent to all the places where the letter was posted…”

Trying to appoint 5 more to the cabinet!