22nd Amendment to the constitution to Parliament on Wednesday. 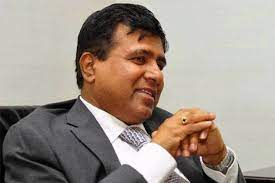 According to parliamentary rules, the bill can be discussed again a week after the first reading (assuming it is not challenged in the Supreme Court).In addition, the cabinet recently approved the bill for the twenty-second constitutional amendment. The bill was then published in a gazette on June 24th.

It is noteworthy that the ability of a dual citizen to participate in governance activities has been restricted by this constitutional amendment bill.In addition, the amendment states that a Sri Lankan citizen who is also a citizen of another country should not be elected to Parliament by popular vote.

It also states that the Prime Minister is ineligible to hold his position if he resigns by sending a letter to the President with his own signature or if he is no longer a member of Parliament.According to the twenty-second constitutional amendment, the Prime Minister will remain in office as long as the Cabinet is in operation.

In response to a question from our ruling party’s chief organizer, Minister Prasanna Ranatunga, he stated that President Ranil Wickramasinghe has directed him to submit the twenty-second constitutional amendment to Parliament.

As a result, he stated that the draft bill would be placed on the parliamentary agenda.

A debate on ‘Gota Go Gama’ attack on Wednesday