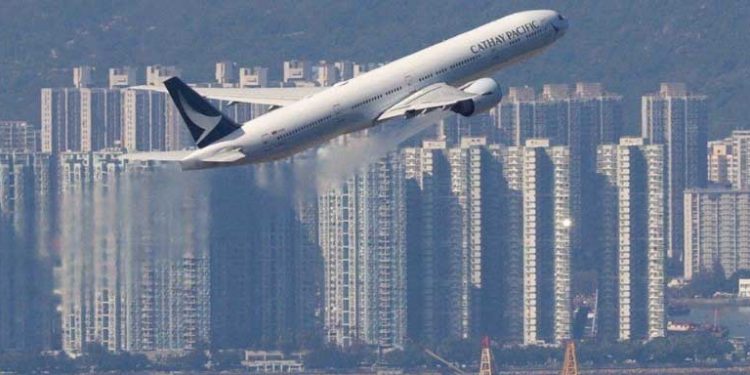 Hong Kong’s government says that from Monday people arriving in Hong Kong will no longer have to go into mandatory hotel quarantine.

Travellers will also no longer have to show a negative Covid test before boarding a plane to Hong Kong.

Instead they will monitor themselves for possible infection for three days.

The news sparked a rush for flight tickets to Hong Kong, with the Cathay Pacific website operating a queuing system to book.

The airline said it was adding more than 200 pairs of flights in October to both regional and long haul destinations.

“While we will continue to add back more flights as quickly as is feasible, it will take time to rebuild our capacity gradually,” a statement said.

Hong Kong has had some of the world’s toughest rules as it follows China’s zero Covid policies.

So its departure from what the mainland is doing is a long-awaited decision. Restrictions on people arriving have been in place for more than two years.

And there are still rules in place for travellers. They cannot enter common areas such as restaurants or shopping malls for the first three days after arrival. They also have to undergo PCR tests on day two, four six.

The prolonged closure of border has however hit Hong Kong’s economy hard and left the Asian financial centre at a disadvantage compared with its rivals in the region such as Singapore.

“Hong Kong has been isolated from the international community for two-and-half years, and is suffering from it,” Hao Hong, chief economist of Grow Investment Group told the BBC.

“While the end to hotel quarantine is a step forward, rebuilding confidence takes time, especially against the tide of exodus of talents from Hong Kong.”

“It will take a while before people and businesses respond to the new arrangements and airlines adjust their schedules,” said Louis Kuijs, chief Asia Pacific economist of S&P Global Ratings.

“And a sizeable share of the people and activities that have left Hong Kong in recent years will not come back.”

Earlier on Friday, Japan announced that it was relaxing entry rules, with tourists able to visit without a visa and without needing to go through a travel agency from October 11. A cap on daily arrivals will also be lifted.