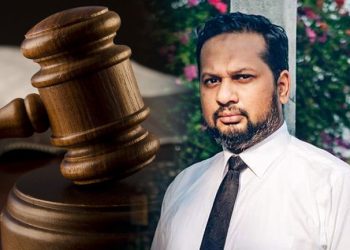 Ranil is not acting Prez: Lawyers

Lawyers have taken to social media to state unequivocally that Ranil Wickremesinghe is not the acting president. "The declaration of emergency is illegal," tweeted lawyer Hejaaz Hizbullah. He went on to say that under Article 40(c) of the Constitution, the Prime Minister only becomes acting President when the President's office becomes vacant. "That hasn't happened; any arrest is a FR violation," he explained. Meanwhile, Suren Fernando, a lawyer, stated that the PM could only become acting President if the current President made such an appointment or if the current President resigned.

Sri Lanka moves towards adopting first-ever National Action Plan on Women, Peace and Security with the support of Japan and UN Women