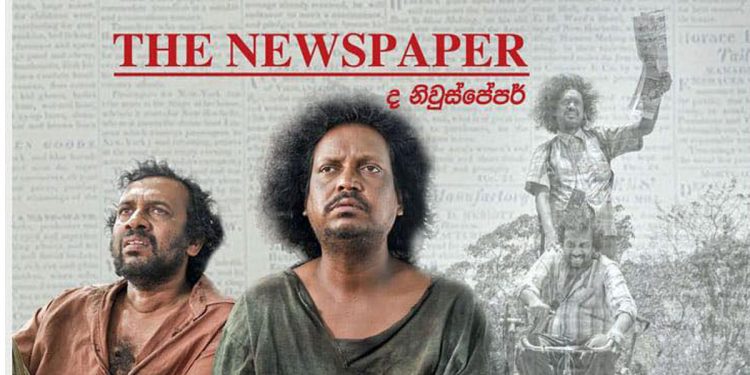 “You brought Sri Lanka glory’ Mr. Sajith Premadasa, the leader of the opposition, said and congratulated the two actors, Sarath Kothalawala and Kumara Thirimadura, who achieved a feat for Sri Lanka at the Russian Kazan Film Festival.

The note that the Leader of the Opposition had made in that regard is as follows.

Sarath Kothalawala and Kumara Thirimadura, two talented actors in all the three fields of cinema, teleplay and stage, have won the best actor co-award at the world-famous Kazan International Muslim Film Festival held in Russia for playing the lead roles in the movie ‘The News Paper’. Congratulations on the international recognition.

The News Paper” is a film co-directed by Sarath Kotalawala and Kumara Thirimadura and produced under the direction of Bandala Gunawardena and it was highly appreciated in many international film festivals.

The film industry is considered one of the leading cultural industries in the world. World cinema has come forward successfully even in the face of many challenges and modernization.

But due to the lack of government intervention and support, cinema in our country has suffered a serious collapse rather than coming forward as an industry.

Despite the fact that there are many talented artists and designers, the cinema in our country is still unable to raise its head due to the lack of assessment by the authorities with a specific view on the quality value, artistic value, and economic value of cinema.

A sustainable charter for building a film industry that can deal with the international level must be firmly established so that such international fame and the progress of cinema will take place.

Let’s once again congratulate the actors Sarath Kothalawala and Kumara Thirimadura and the team who brought glory to Sri Lanka by conquering the international stage despite immense difficulties!

iPhone 14 reviews say to go Pro, unless you’re replacing an older phone and looking to save