Will not join the government! Will not get ministerial positions! SJB MPs unanimous ! 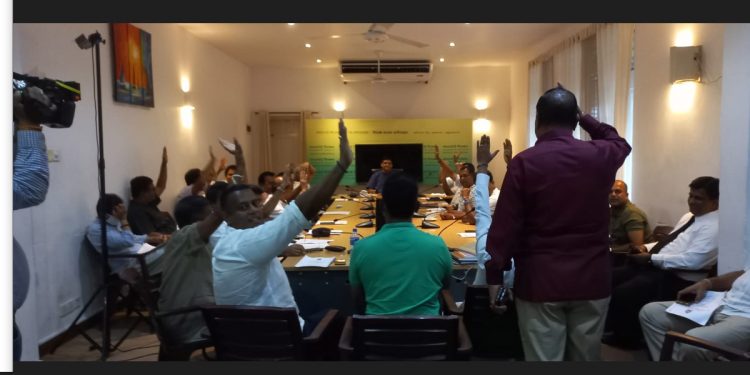 The members of Samagi Jana Balawega have unanimously decided not to join the government and to decline ministerial positions.
This decision was made at today’s MP group meeting, which was presided over by party leader Mr. Sajith Premadasa, and other party leaders representing SJB also attended.

It has also been decided to support the country building programme through the Parliament’s executive committee system, according to reports.

The newly built Odell building is dangerous! A pipe from above fell and shattered the glass of a vehicle in the oil queue! The driver barely makes it! Will the law not apply in these cases? (VIDEO)