Why rush the bill agreed to postponed by a month! Don’t annihilate democracy! Don’t be a part of this plot, Minister of Justice. Who is behind this? Please, Mr. Speaker, do not allow this!- VIDEO 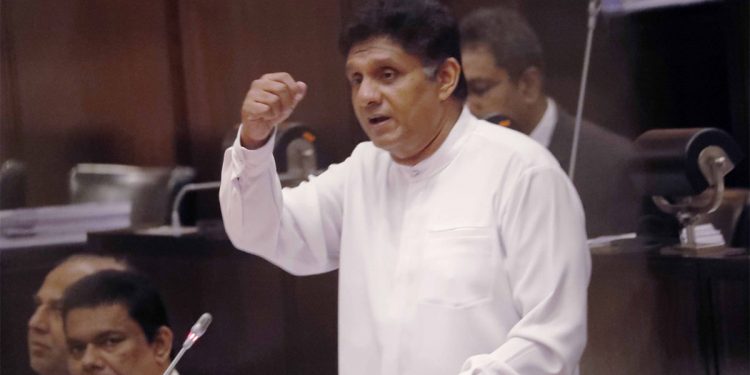 The opposition leader mentioned that although there are more or less certain things in the electoral money restriction act, it is a good act in a broad sense and it is also important for system change and even if there are some amendments, it can be done through negotiations.

He said that although this bill is extremely important because the deposit of money is being made in connection with the small vote these days, there is a problem with the timing of its implementation and this will cause confusion and if it is passed, it will be a hindrance to the local government elections held in March.

Furthermore the opposition leader said that according to this draft, the candidates should provide a formal report regarding their expenses and if it is not submitted, it is a mistake and in that case even a petition can be submitted.

Also, he further stated that the imposition of regulations with the passing of this draft will hinder the holding of the local government election in the first week of March and through this, the government is trying to execute a conspiracy to postpone the election, which is a violation of the democratic rights of the people.

‘She didn’t listen to me,’ says the killer boy friend of the third-year medical student. There was nothing that could be done! I couldn’t live without her!’