We were dragged away in handcuffs by the cops! They struck us, smeared us with leeches, and electrified us! 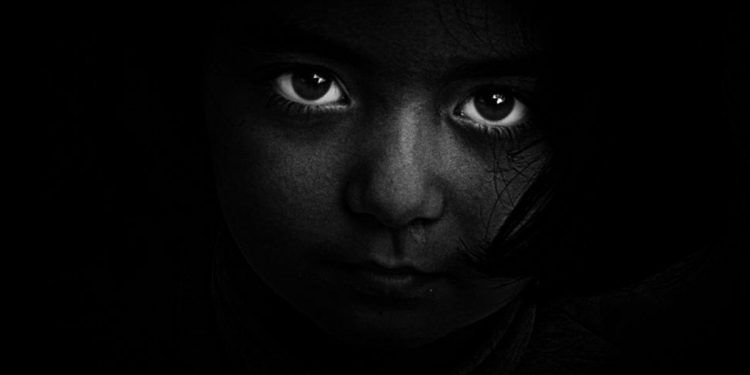 Fifth-grade students were subjected to inhumane treatment by cops. When will these crimes end?

Some officials in government institutions act without even thinking about their responsibility. What is the safety of a child in a school today? As we know, a school is the most important place to produce a good generation of children for the society. We had heard and seen that a child gets protection in school as well as in his home. But it is sad to hear about cases where children do not get such protection through school. There are increasing cases of innocent children being affected due to the arrogance of some teachers in the school.

We recently heard about such an incident from Bandaragama Millaniya Gungamuwa Junior College. The cause of this incident was where a purse of a teacher of that school went missing on the 2nd several students who were preparing to appear for the fifth year scholarship examination were under the suspicion of the teachers for that incident. The principal and several teachers, who suspected 12 children for this incident, had punished and interrogated these little children to kneel down.

But these teachers had not been able to find the lost wallet. Later, the principal complained to the police and arranged for police officers to be brought to the school. The police came to the school and beat three children on the face and body with batons and took them to the jeep. On the way, it was reported that the police officers used a wire to electrocute the children.

A mother kept her child in her womb for ten months and gave birth to this world not to be harassed by outsiders. The principal of the school sent his children to school with confidence in the teachers. Children think school is the best place to be safe. But when that trust is blurred, parents cannot bear it. Because of this, a mother of that child had to inform the Child Protection Authority about the severe physical torture that happened to her children at school. Accordingly, the National Child Protection Authority took steps to immediately investigate this inhuman act. When they queried from Milleniya police OIC Mr. S.A.G.M. Wijeratne he had said this.

All the allegations against the police are denied. The children have not been assaulted by the police. It only scared the children. I have children too. The story of being electrocuted and beaten with batons is false…’

Although the police said so, scratches and bruises were seen on the hands of the little children.

Meanwhile, during the interrogation of the children who faced the incident by the officers of the National Child Protection Authority, the children had stated this.

Science miss called and asked who peed in the bottles and took the purse. We said we didn’t.  Science miss said you are the ones who took it. Then madam called us. Madam spoke and made us kneel. Later, asked us to tell the truth, when hit one child’s head hit the cupboard. His head was slightly injured after hitting the cupboard. Later they brought the police and beat us.

A father of a child who had been molested thus expressed his views.

‘Now, something that happened a week ago has become a problem. Three children were taken to the police. My child has been beaten the most. He was in the hospital for two days. Injuries are still fresh and painful he is still on medication….’

Regarding this sad incident, the Chairman of the National Child Protection Authority, Udaya Kumara Amarasinghe, said,

The headmistress and other teachers assaulted the 5th year children for indiscipline, and then they put them in the school library and called the police station chief. Police officers have assaulted children in some way. It has been revealed that the children were electrocuted while being taken away in the police jeep. We are investigating the injustice done to these children. The police jeep was taken into custody by the Special Investigation Unit of the Child Protection Trust. Actions will be taken according to the Penal Code regarding the allegations against these officers…’.

Three officers of the Millaniya police, including the principal and the teacher involved in the incident, were arrested by the Special Investigation Unit of the National Child Protection Authority after taking their statements. They were produced before the Aluthkade Magistrate’s Court after that. There the officials of the National Child Protection Authority stated before the court,

Sir, the suspected headmistress and deputy headmistress took some children to the library hall, made them kneel down and beat their feet and ankles with canes and wooden planks. Later, a police jeep was brought inside the school and handed over to the police. The suspected police officers in the jeep burned the knees of the children with the wires supplying electricity to the walkie-talkies in the jeep. Later, the concerned children were taken to the forest area near the school, claiming to show the wallet, and the suspected police officers attacked the concerned children with palm tree branches. As a result of this attack, a critical child has been admitted to the Horana Base Hospital.

The National Child Protection Authority took steps to prosecute all the suspects under the charges of cruelty, abuse, criminal intimidation and torture. The additional magistrate who considered the facts remanded two police officers and the principal, while another police officer and a teacher were released on bail.

Indeed, taking 10-year-old children to the police and assaulting them is such a despicable act. We have to ask whether those officers also have children. Justice should be served to these children. The law should be implemented properly. Such events greatly affect the personality development of children. They punished innocent children who did not know the cruelty of the world. We have to ask these teachers whether they are taught how to read about children’s mentality when they are given teacher training.

These innocents were punished like brutal robbers. Today’s teachers have lost the respect teachers had when we went to school. Today, the majority are people who go home after doing their work. Back then, teacher-student relationship helped build a good society. But today is completely different. This is because unfit people are placed in unfit positions. Thieves and robbers have emerged in the country.

Section 75 of the Penal Code states that a child up to 12 years of age does not become a criminal. Does the police not understand that law? Or the police don’t know about it? That’s all we have to ask.

We heard sad news recently from Manampitiya Sinhala Maha Vidyalaya. This is the incident where a 13-year-old girl studying in the 8th grade of that school stayed home without schooling due to poverty . A letter from a government institution saying that she is pregnant and under age was sent to the authorities. Because of this, we came to know that she is crying and pleading for help from the law. This girl had stopped going to school because of financial difficulties in her home. The girl had to cry on her way to school because she couldn’t do anything.

Mr. Nimal Jayaratne, a local media reporter in Manampitiya, published a newspaper article with the intention of helping the girl to resume her school journey, saying ‘Here is the bitter truth… I am crying when other children are eating’. After this journalist revealed to the country about the severe food shortage in eight villages around Dimbulagala, the government officials in charge of those areas had worked to confirm that it was not the case.

Aralaganwila Divisional Secretary, Director of Education, Polonnaruwa District Secretary and many other officials have done various field checks and tried to claim that it is false news.

Observing this newspaper report, the Polonnaruwa District Secretary had taken steps to inform all the authorities including the President in writing that this girl was a minor mother who got pregnant due to an illicit relationship. But it did not take long to reveal that this notification was completely false. It is learned that the girl is now depressed. We also came to know that because of this, the girl is unable to face the society.

According to a report of Dimbulagala Regional Education Director, the relevant letter was sent to Polonnaruwa District Secretary Mr.W.A.  Dharmasiri had prepared and had taken steps to forward it to the Presidential Media Division, the Prime Minister’s Secretariat, the Ministry of Public Administration and Home Affairs and the Ministry of Provincial Councils and Local Government.

The scar on this girl’s life is very big. They experience the results of acting at will without looking into anything properly. The girl is upset because of this incident, and she says that she is tired of dying because of this malicious false accusation. Although she has not progressed in life, she is asking the authorities to do justice to the scandal that happened to her life.

Malisha Sevwandi Bandara tearfully told why she did not go to school.

‘I didn’t go to school for two weeks because I didn’t have money for the bus. I didn’t even have books for school. Like we don’t even have food to eat. Lived by eating bitter potatoes…’

Polonnaruwa District Secretary Mr.W.A. Dharmasiri, When asked about this from he had said,

I will correct it and send it. I have brought a corrected letter from the Regional Education Office. That girl is not in such condition. Therefore, the letter will be corrected and sent to all the places where it was posted…’

No matter what he says now, the scar on the life of Malisha girl is something that can never be repaired again.

It is clear to anyone who observes this incident that the government officials carrying out such arbitrary activities have put the lives of innocent schoolchildren at stake. He should have looked into it properly before making such an accusation against a school child. But he had not. Therefore, if a lawyer appears on behalf of that girl and does justice to her, it will be of great help to her. Whoever is responsible for insulting this girl should be punished according to the law.

Steve Hanke, a professor of applied economics at the Johns Hopkins...