The video of Mujibur going to the General  Secretary’s office to hand over his resignation letter for the Colombo mayoral race, led by Sajith! VIDEOS & IMAGES 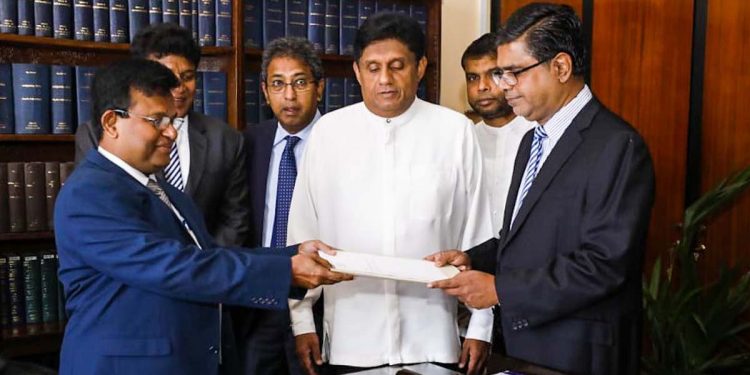 Samagi Jana Balavega MP Mujibar Rahman informed Parliament today that he will resign from his position as a Member of Parliament in order to compete for the post of Colombo Mayor.

He said that he expressed his gratitude to the people who sent him to the Parliament for the second time by declaring more than eighty four thousand preferential votes for him and recalled that he fearlessly stood up for the rights of the entire people of this country.

He said that he will force the government to hold the elections immediately as planned and also requested them to dedicate themselves for securing the democratic rights of the people. He said this while making a special statement in Parliament.

After announcing his resignation, Mr. Mujabar Rahman went with the opposition leader Mr. Sajith Premadasa and handed over the letter of resignation to the General Secretary of the Parliament.