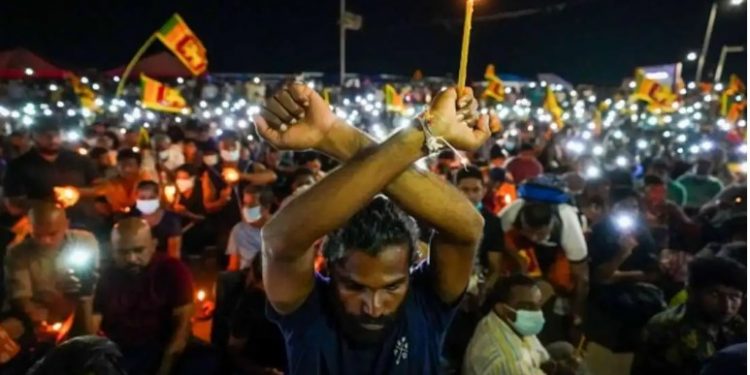 “Scotland Yard is welcome, but also bring back local officials removed by the Rajapaksha regime,” says a Catholic priest.

Church officials and rights activists in Sri Lanka have sought to form a wider international team of independent experts and investigators to probe the 2019 Easter Sunday bombings, suspecting a cover-up in the move to seek assistance from Scotland Yard police.

Acting President Ranil Wickremesinghe at a recent meeting with USAID Administrator Samantha Power reportedly disclosed that Scotland Yard has been requested to review the reports on the investigations and if there was a hidden hand in the bombings.

Father Rohan Silva, Oblate priest, and rights activist demanded that investigators involved with the Easter attack probe transferred by former president Gotabaya Rajapaksha should be brought back and a “hyrbrid” team should be formed with foreign sleuths to reveal the truth.

The priest, speaking for the Church, said the government should set up a transparent investigation team including independent judges, local and international police to unravel the truth behind the suicide bombings conspiracy.

The Presidential Commission of Inquiry reportedly suggested the government led by then President Maithripala Sirisena and Prime Minister Wickremesinghe had prior information about the terror act but failed to prevent it.

Gotabaya Rajapaksha, when he became president months after the explosions, removed some investigating officers which his critics say was a cover-up attempt.

Wickremesinghe was Prime Minister when the bomb exploded in three luxury hotels and three churches killing 260 people and injuring hundreds.
Father Silva said seeking assistance from the Scotland Yard Police is “a positive move” but the Church officials want all the transferred officers back in the team to investigate the crime.

Sri Lankan police continue to investigate the explosion to unravel the terror conspiracy. The local police already enjoy assistance from Scotland Yard, the Federal Bureau of Investigation of the US, the National Investigation Agency of India and Interpol, reports show.

Father Silva said people are concerned about successive governments’ handling of the Easter bombings probe and wanted to know the truth about the alleged links between some politicians, intelligence personnel, and the group that carried out the attacks.

“Victims and their families are not ready to accept reports of the government inquiry commission because of lack of transparency,” he said.

Father Silva, who as director of the Centre for Society and Religion, has waged a long court battle seeking justice for the Easter attack victims, said church officials had sufficient grounds to suspect the governments were hiding the presidential commission report, which has not yet been released to the public.

A single volume was given to legislators and the entire report was handed over to the Attorney General’s Department for prosecution.
Father Silva has provided all available documents and information about the Easter attacks on a recently launched website.

The priest demanded that investigations should be restarted from the point where the officers were transferred with no further political interference.
“The government should not interfere so that people will have faith in the investigations,” he added.

The Solidarity Movement for Justice and Truth Sept. 11 has appealed the incumbent president to prove his innocence by appearing before the court after he petitioned the Supreme Court to remove his name as a respondent in the case.

Sirisena, the entire cabinet of the previous government and the Attorney General along with Wickremasinghe, have been named as respondents in the petition seeking the truth behind the Easter attacks.

Political observers say the issue will likely be discussed at the 51st regular session of the UN Human Rights Council that began in Geneva on Sept. 12.
Ruwan Madusanka, a rights activist from Kurunegala, said once again the government is trying to misguide people with announcements.

“We are not against Scotland Yard police. But we should be ashamed that the law of the country did not do anything to prosecute those who have been identified as the culprits behind the Easter bombings,” he said.

Politicians and officials who are suspected to be behind the attacks are still holding positions of power, Madusanka said while demanding that the “larger political conspiracy” should be exposed.

“Despite repeated requests by civil organizations seeking the truth, the government of Sri Lanka has failed to provide justice to the victims. Instead of revealing the truth behind the attack and enforcing the law against those responsible, there is an attempt to harass and intimidate those who raise their voice for justice,” he said.

Surini Devaraja, a victim, said there are invisible political hands behind many of these incidents.

“There may be direct or indirect links of some government politicians and officials,” she said.