The Sri Lanka Legends will face the West Indians in the semifinals today! 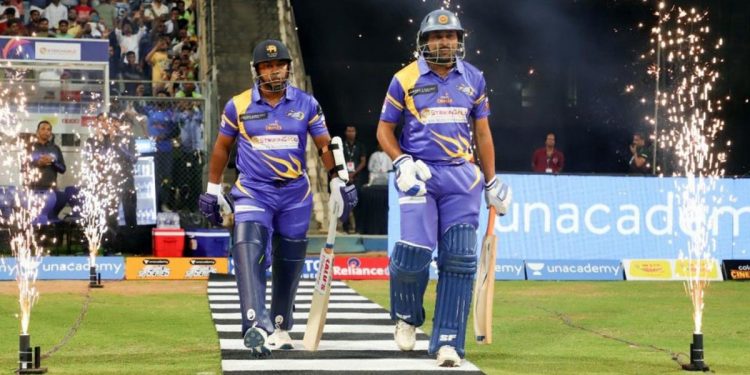 The second semi-final match of the “Road Safety World Series” Twenty20 Legends Cricket Tournament, in which the world’s veteran former cricketers will participate, will be held today. It is between Sri Lanka Legends and West Indies Legends.

The Sri Lankan team has won all the matches participated in this tournament and is currently undefeated. The West Indies team won 02 of the 03 matches they participated in.

Meanwhile, the first semi-final between India and Australia of the “Road Safety World Series” T20 Legends Cricket Tournament, which was halted yesterday due to rain, will be held again today.

The umpires took steps to temporarily end the Australian innings in 17 overs due to the interruption of the rain. At that time, the Australian Legends team had collected 136 runs for 05 wickets. The match is scheduled to resume this afternoon from where it was stopped yesterday.

The National Chamber’s B2B event with the South Indian Business Delegation was a success.

After arriving in Sri Lanka, the first images of Gota surfaced.