The legal fraternity meet the opposition leader! Sajith requests them to stand up against state terror-state terrorism-state brutality-state violence! (VIDEO) 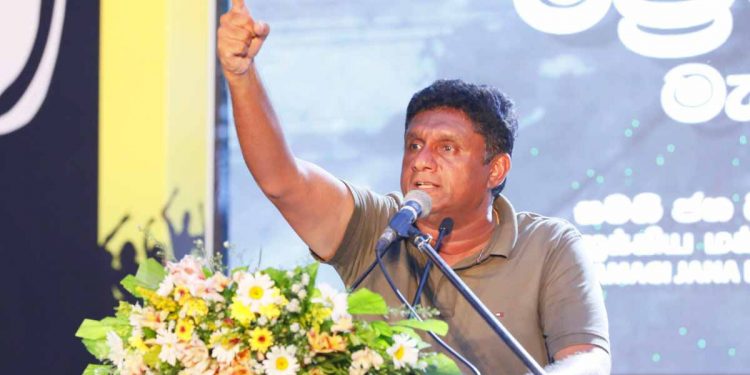 Mr. Sajith Premadasa, the leader of the opposition, stated that the “Rajapaksa shadow government” is currently using state violence and state militia to suppress the people.

The opposition leader stated that the government has worked to create a new outlook in society that destroys democracy and that they must fight back.

According to the opposition leader, the civil society that advocates for democracy is being harassed and threatened along the way.

In such a situation, the opposition leader stated that the legal community bears a significant amount of responsibility and expressed gratitude for their support for the citizens’ right to life.

The opposition leader questioned whether the government’s message to the people through suppression is to “beware of them” and not to fight.

The opposition leader questioned whether the government is attempting to send a message to the people that they no longer have the democratic right to hold an opinion, express their views, and speak.

He stated that the country’s legal community, as well as all responsible citizens, are opposed to the government’s violence.