The HRC begun investigation into the Ruby of Ruwanweliseya Chaithya! was it stolen? 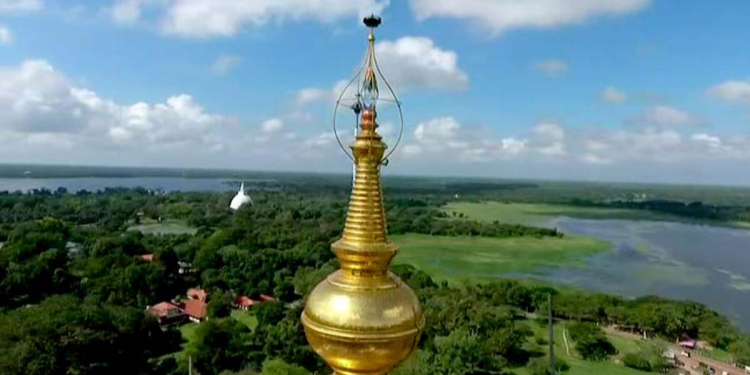 The Human Rights Commission of Sri Lanka says that investigations have been started on a complaint related to the alleged theft of small rubies from Anuradhapura’s historic Ruwanweli Sa Chaityararaja.

According to that, the commission mentioned that a preliminary investigation was conducted last week.

Three officers of the Human Rights Commission have gone to the Anuradhapura area, where the historic Ruwanweli Sa Chaityarajaya is located, and conducted a preliminary investigation in this regard. The report is scheduled to be handed over to the Chairperson of the Commission today (23).

It is stated that the responsibility of protecting Buddhism is assigned to the government according to the constitution and based on that fact, the relevant complaint has been submitted to the Human Rights Commission saying that the small jewels of Ruwanweli Sa Chaitya Rajaya have been stolen.

Accordingly, although the Sri Lanka Human Rights Commission informed the concerned parties to come to Anuradhapura Ruwanweli Saya last week, it is reported that none of the parties have come there.

Accordingly, the parties have been informed to come for the relevant investigations once again and the Human Rights Commission stated that they will conduct extensive investigations in this regard in the future.

The postal vote application deadline is today at 12 p.m.