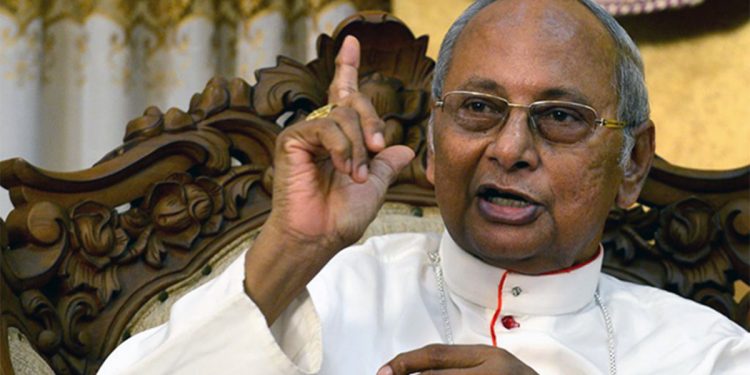 As a result, the cardinal requests that the UN Human Rights Commission be active in establishing freedom and justice in the country.

Cardinal Thero goes on to say that repression is being used against leaders and people who speak out against corruption scams that have occurred or are currently occurring in the country, protest peacefully, organise protest marches, and are active in social and human rights.

Cardinal Thero stated in a statement that it is unacceptable that Vasantha Mudalige and Venerable Galvewa Siridhamma Thero have been wrongfully detained for 75 days without being charged.

It is also stated that the programme of acquitting those arrested on various charges related to the Easter attack is nothing more than a charade designed to mislead the public.

It also claims that efforts to keep certain volumes of the Presidential Commission from being made public are part of a covert effort to conceal the truth about the Easter attack.