The five who committed economic crimes in Sri Lanka revealed by the UN report! 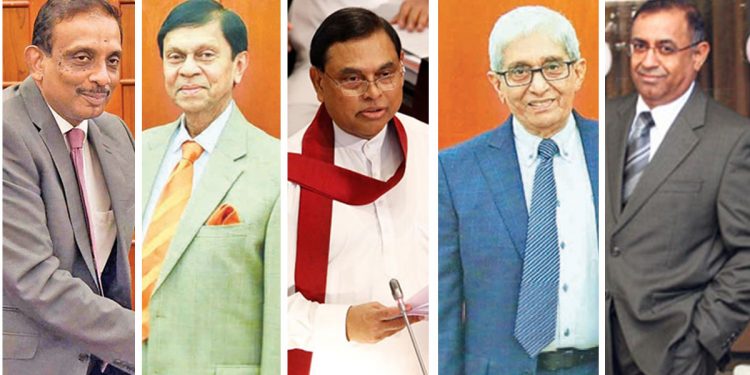 The People’s Freedom Assembly emphasizes that a report by the United Nations has revealed the group that intentionally committed economic crimes to plunge the country into a crisis.

Its representatives stated that in a meeting held in Katugastota in ​​Kandy.

Mr. Charita Herath, Member of Parliament, who spoke on the occasion

“The UN is also saying that for the first time, people standing in queues in these remote villages are because of an intentional crime. We need to find out who created it. In this report, 5 clear names have been raised. Dr. P.B. Jayasundara, Prof. S. R Laxman, . Mr. Artigala, Ajith Nivard Cabral and former Finance Minister Basil Rajapaksa, all these names have been presented very clearly. We are not ready to give this up.”

Mr. Dallas Alahapperuma, Member of Parliament, who spoke and said,

“You joined that day and we know very well that we need to build a disciplined country. That we should build a country without fraud and theft. That we should create a society that gives place to merit rather than kinship. He added all that and said that a system change should be done. They believed it. The biggest mandate in history was given in the presidential election and in the parliament.

What happened now? So far, the political journey of this country has consisted of a few politicians coming and talking. There was no room for dialogue in politics in our political model. But our model is different. There are only 13 of us in the 225-member parliament. It’s not a numerical thing that bothers us. Running for the presidential race. 82 votes are found. We do not accept that it is a political defeat, but a political defeat.”

Damita comes out on bail!

Another State Minister appointed the tally rise up to 38