The first person who entered the presidential secretariat was arrested by the police after 3 weeks! 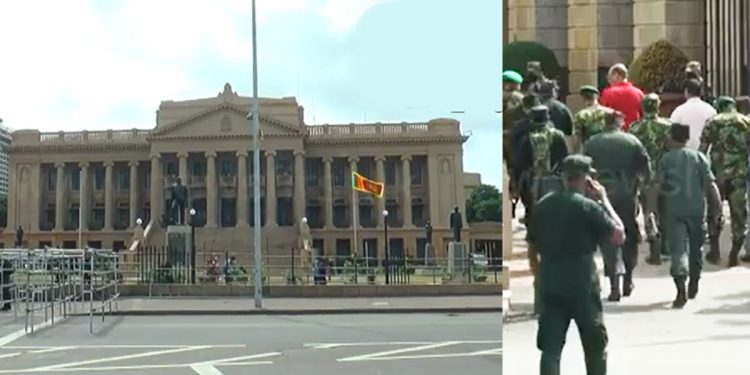 Yesterday afternoon, a special police team arrested the person who entered the premises for the first time when the activists stormed the Fort President’s Secretariat on July 9, provoking the crowd and breaking the security fence.

The police also said that when the officers there tried to stop this person who entered first, the suspect showed a knife and said that he would cut his throat and die on the spot if he was not allowed to enter.

A senior police officer said that with his restless behavior, the rest of the people got angry and stormed the secretariat.

The police also said that this suspect has worked as an active member since the beginning of the struggle.

The suspect is a businessman (37), a resident of the Maharagama area, said the officer.

The police also say that he is the first suspect to be arrested in connection with this incident after the arrest of the suspect who broke into the President’s Secretariat by force.

The police said that many suspects have been identified in this incident and that they will be arrested soon.