The dirty mudslinging game was exposed, carried out by a shady alliance of politicians and the media. 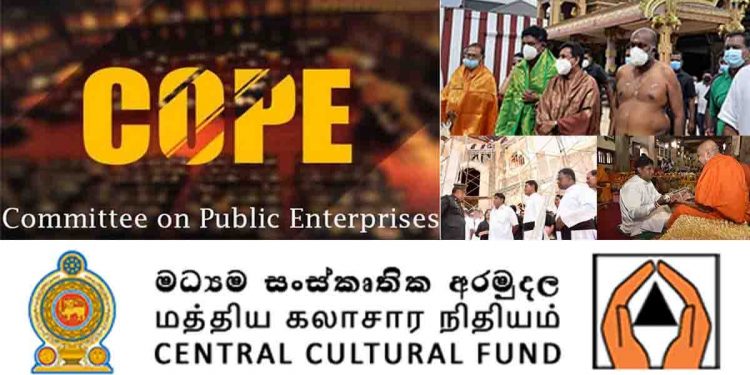 ‘Shoot me dead if I’ve done something wrong.’ But don’t kill my character that I’ve been guarding since I was a child…’

Former President Ranasinghe Premadasa stated as much. He said this in excruciating pain as a result of the ongoing slanderous allegations levelled against him.

Some groups are making accusations against opposition leader Sajith, citing the Ministry of Culture’s culture fund. The groups can be seen chanting the same lie a hundred times, despite the fact that the Auditor General’s reports have been repeated three times and the COPE committee has confirmed that there has been no fraud here.

Concerning the Central Cultural Fund, various individuals and organisations had made statements based on what they knew and heard from time to time. On July 28, 2019, the Prime Minister’s Office issued an official announcement stating that there was a financial fraud of 11 billion rupees in the Central Cultural Fund. Minister Vidura Wickramanayake previously stated that 2500 crores of rupees had been embezzled. Anura Kumara Dissanayake once said about the misuse of 3 billion. The figures presented by those issuing these statements varied from time to time.

According to the provisions of Act No. 57 of 1980, the fund is governed by a Board of Governors. The number of members of the governing body is 12. The Prime Minister acts as the chairman of the governing body. A meeting is limited to 4 members only. The Prime Minister presides over a meeting and in his absence any one of the other 11 members can preside.

Although rules should be made according to the provisions of the Act, the fund has not made any rules so far and accordingly, no rules have been made since the year 1980 about the dates of the meetings or the manner in which a report should be passed by the council or any other matters.

How Board meetings are conducted

The period when Sajith held the position of Culture Minister

Although Sajith has been the Minister of Housing and Construction since 2015, the subject of Culture was added to that Ministership on 20.12.2018. After the 2019 presidential election, on November 21, 2019, then Prime Minister Ranil Wickremesinghe resigned as Prime Minister and lost his ministerial position. Accordingly, he held the position of Minister of Cultural Affairs for a period of 11 months from December 20, 2018 to November 21, 2019. But the allegations have been made for five years. It’s just a slap in the face.

The COPE committee proved one by one that there was no financial corruption during the tenure of Sajith Premadasa as the Minister of Culture. But, as usual, some media immediately hid it and once again distorted the truth by quoting the opinions expressed by pro-government MPs in the COPE committee.

Approval given by the Board of Governors on and around November 15, 2019

It should be said that no board meeting was held after March 15, 2019. The chairman of the fund gives the dates for the board meetings. After that, it was discussed to hold a meeting on November 05, 2019, so the governing board papers were prepared and ready to be presented on that day.

But since the Prime Minister’s Office did not receive a date to hold a Governing Body meeting until mid-November, the papers were forwarded to the members of the Governing Body who were capable of handing over the papers at that time and worked to get their personal approval. The number of members of the governing board who gave such approval is 08.

On March 15, 2019, the Board of Governors approved each of the projects under the programs approved in this manner in November 2019.

For that, the governing body members did not meet at one specific place and give the relevant approvals. It is not an abnormal condition but a normal condition. There are plenty of precedents in that regard. Due to the practical difficulties of the meeting as it was the presidential election period, the relevant papers were forwarded to each member and their approval was obtained personally.

Nature of Papers Approved by Board of Governors November 2019

The number of governing board papers that were circulated and approved by hand is 237. Out of these papers, approximately 50 papers are related to the administrative and financial affairs of the institution.

About half of the remaining papers were submitted for pre-approval for projects expected to be implemented in the year 2020.

In relation to the programs approved by the governing board on March 15, 2019, papers were also among the papers of this November to obtain coverage approval for each specific project implemented after 15.03.2019 under those programs.

All papers have received the personal approval of eight members of the governing board.

According to the provisions of the Act, there are many areas where money can be spent. The Act has the authority to spend money on arts, archaeology, religious and cultural sectors. Every cent (all money) spent on projects in the year 2019 has been spent on the above arts, archeology, religion and culture sectors.

Projects were implemented by government agencies. The money has been spent only by the State Engineering Corporation, State Development and Design Corporation, Building Department, District Secretary and Divisional Secretaries.

First, they got approval for the expenditure of 5.25 billion rupees on March 15, 2019 at the Governing Board meeting held at Temple House.

Expenditures were made lawfully and with the approval of the Board of Governors. It also includes the signature of Venerable Dambara Amila Thero who was on the Board of Directors.

Accordingly, the approved amount was approved for emergency works and handed over to the government agencies. Crony contractors are not used. He did not allow the construction of the houses of relatives or friends or contracts to his friends. Not only that, not five cents of money not been misused for personal greed or to inflate political figures.

Construction of shrines destroyed by the Easter attack, securing historically important archeological sites, providing security to Srimaha Bodhi, carrying out development activities including immediate requirements for securing all shrines regardless of caste and religion, were carried out on the basis of approval and approval.

The truth revealed by the Auditor General

The State Auditor General has audited on 03 occasions related to these periods and it has been stated that no irregularities have occurred. Despite this, it was seen that some people in the government continued to carry this absurd accusation.

However, when everything that happened in the COPE committee is looked at with an inquiring eye, the truth can be ascertained. Some had also accused Sajith Premadasa of having made recruitments to the Ministry of Culture to exceed the approved number of employees. But the surprising truth is that the recruitment was done in the year 2017. Akila Viraj Kariyawasam was the culture minister at that time. Accordingly, Sajith has to get blame for others sins.

Some others said that they had used money from the cultural fund for campaigning. The money of this fund was never used for campaign activities and even the related constructions were all done through government agencies. But during the Rajapaksa era, money was allocated in this fund to hold musical shows and to print t-shirts for political purposes. Sajith Premadasa has not used a copper cent of this fund for any other purpose. At least his other ministries have not been used to build houses or bridge culverts. All are used to build Sinhala, Buddhist, Catholic, Hindu, Islamic, places of worship.

‘It can be said clearly that there are three auditor general reports in this regard. There is no mention of misuse of money. Obviously, all these money were used only for the cultural fund activities of the country. Therefore, at this time, trying to win political mileage by placing one’s own political file among the thieves’ files of political opponents is nothing else. Thieves will one day be sued. When knowledgeable people about this talk, the real thieves become innocent.

All of these have been audited. All the information is there. All the people of the country, journalists are told that all these files are kept in the opposition leader’s office. Come and check them out. All monthly payment summaries are available. If Mr. Anura Kumara Dissanayake or anyone wants to take care of it, these letters are available in the Office of the Leader of the Opposition. Our regret is that Mr. Sajith Premadasa has enemies for those who see him as a challenge; there are those who want to overthrow him at this time.’

Nalin Bandara, a member of the COPE Committee, said thus.

All vouchers, payment details, board papers etc. related to the Central Cultural Fund for the year 2019 are in the custody of its current Director General and his officers. Is it a fraud to obtain these details under Freedom of Information Act for any citizen? Fulfilling the responsibilities for the people of this country, should be understood. The methods of avoiding public service like the current rulers did not exist in the Central Cultural Fund in 2019. The Central Cultural Fund shined as an institution that provides services to the public by protecting all employee rights, respecting everyone. Even after performing a successful service, at the end of 2019, the institution handed over Rs. six billion. He handed over the institution with a fixed deposit of six  billion. What happened to that money has to be looked into now.

Funds have borne all the expenses incurred in the year 2019 for religious cultural and archeological activities on the advice of the most respected leaders. Attempting to interpret such spending as a waste of money is an illustration of the sad state in which today’s politicians have fallen. No amount of this fund has been misused for unnecessary campaign activities or other purposes during the year 2019. Regarding the expenses incurred by the fund in relation to the year 2019, the Auditor General has conducted special audits on two or three occasions, but no misappropriation of the funds of the fund has been revealed. There is no mention in the Auditor General’s reports that money has been spent outside the purposes of the Act.

All this is knowingly distorting the truth and spreading a Goebbels-style lie.

Saudi’s MBS rolls out the red carpet for China’s Xi, in a not too subtle message to Biden

‘If you can, sue me’! Trade union leader Ranjan Jayalal Challenges:  while exposing 82 VIPs of unpaid electricity bills amounts over Rs 5000 crores