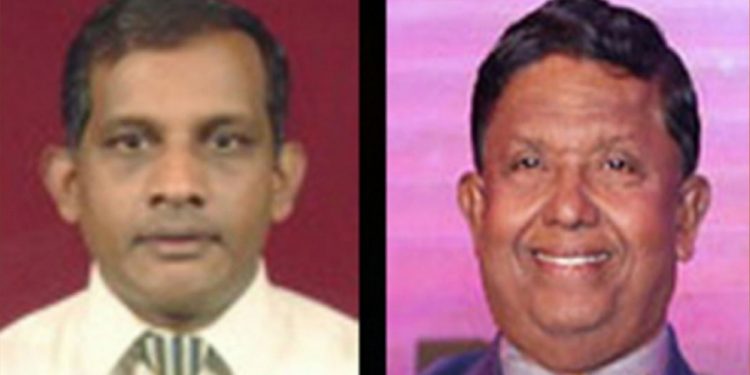 The Supreme Court has today (11) rejected the appeal petition filed by the former Chief of Staff of the President, Dr. Kusumdasa Mahanama and the former Chairman of the State Timber Corporation, Piyadasa Dissanayake.

They filed this petition seeking acquittal of the first judgement delivered by the permanent three-judge bench, which found them guilty of 24 charges, including receiving a bribe of Rs.200 lacks.

Rejecting the petition, the Supreme Court confirmed  the judgement given by the High Court confirm to implement the punishment orders given to the two defendants by the first permanent three-judge High Court.

On February 27, 2018, the two defendants were arrested by the Bribery or Corruption Investigation Commission when they accepted the bribe from the head of Sri Lanka Sugar Private Company at the Tajsamudra Hotel car park in Colombo to approve the transfer of buildings and iron owned by Kantale Sugar Company.

Sampath Abeykoon, Sampath Wijeratne and Champa Janaki Rajaratne, the first three judges who investigated the case assigned them filed by the Bribery or Corruption Investigation Commission, sentenced the first accused Mr. Kusumdasa Mahanama to 20 years imprisonment with hard labor and a fine of 65000 rupees in the amount received as bribe. It was also directed to pay the compensation of two crore rupees to the government.

The second defendant in that case, Mr. Piyadasa Dissanayake, the former chairman of the State Timber Corporation, was sentenced to 12 years imprisonment with hard labor and to pay a fine of 65,000 rupees.

The decision was given today by the five-member bench of Padman Surasena, ATB Dehideniya, S Thureiraja and Yasanta Kodagoda. Vijith Malalgoda.

The bench pointed out in the open court that the people who are appointed to high positions in the public service should be blameless and honest virtuous and corruption-free officials who can set an example for other public officials.