The Cabinet has decided to make up for what happened! Dismiss all of the 107 Easter attack cases! Attorney General inform court! 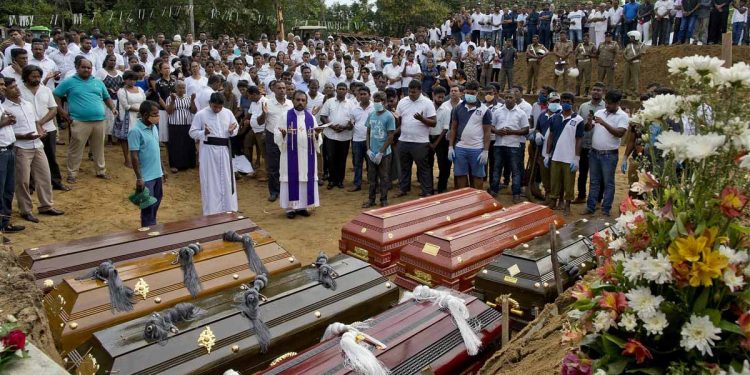 As the government works to make up for the casualties and damage brought on by the Easter terror attack, the Attorney General requested today (13), that Mrs. Mahesha De Silva, Colombo Additional District Judge, dismiss the 107 cases brought against the government.

The Colombo District Court received 107 petitions asking for compensation for those who perished, were rendered permanently disabled, or were injured in the attack because the attack was not stopped despite specific knowledge that a suicide attack would be carried out on Easter Sunday.

The petitioner asked the court to award damages for the Easter attack because the defendant, former President Maithripala Sirisena, and the group of public officials disregarded their gender obligations while receiving intelligence about the attack and failed to prevent it. are strict.

In these cases, the plaintiffs had filed claims for damages starting at Rs.

When these petitions were called, the Attorney General, who represented the respondents and provided additional information, laid out the facts and made note of the Council of Ministers’ recommendation for compensation for those who died or became permanently disabled as a result of the Easter attack, as well as the government’s ability to provide them with a compassionate allowance until such compensation is paid.

The plaintiffs, however, have not yet submitted an application for the allowance, the Attorney General further informed the court.

Since Mr. Ranil Wickramasinghe has been appointed as President of the Republic, an order has been issued to release him from being a defendant in the case in accordance with the immunity granted under Article 35/1 of the Constitution. The attorneys who represented Mr. Ranil Wickramasinghe, who has been named as the second defendant in the cases, will not file an answer on his behalf at this time. They asked the court to do it in a motion that they filed.

The High Court of Civil Appeals is currently reviewing the appeal that was filed but was denied by the court.

Along with a group of attorneys, President’s Advocate Mr. Shamil Perera appeared on behalf of the plaintiffs.
Ranil Wickramasinghe’s attorneys, which included Mr. Dinesh Vidanapathirana, took the stand.
For the remainder of the defendants, a group of attorneys appeared, including President’s Attorney Faizer Mustafa Hata.
On November 2, more investigation into the case is expected to be conducted. Sri Lankadeepa