Supreme Court was presented with a plea to add former president Gotabhaya as a respondent. 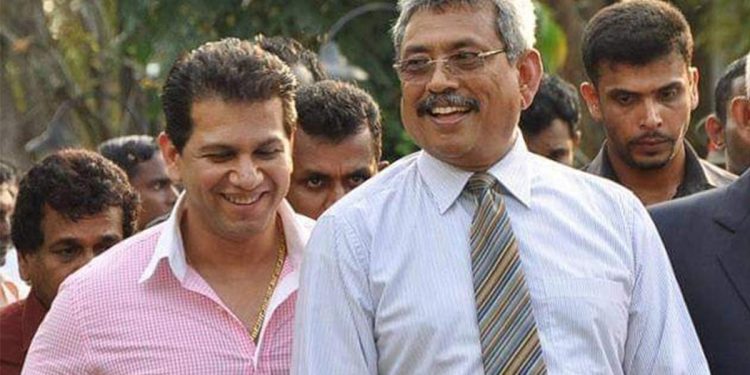 The Supreme Court has received a request to name former President Gotabhaya Rajapaksa as a respondent in the basic rights petition filed regarding the release of former Member of Parliament Duminda Silva.

The party that submitted the petition had made the relevant request in the Supreme Court today (17).

Mr. M.A.  Sumandhiran, Geoffrey Alagaratnam and attorney Eraj de Silva who appeared for the petitioner informed the court that they expected to name former president Gotabaya Rajapaksa as a respondent in these petitions.

The lawyers informed that they have already filed the related documents before the court.

Accordingly, the request to name the former president as a respondent has been ordered by the Supreme Court to be called on the 24th to verify the facts.

The petitioners claim that former Member of Parliament Duminda Silva, who was convicted for the murder of Bharata Lakshman Premachandra, was sentenced to death by the three-member bench of the Colombo High Court and approved by a five-member bench of the Supreme Court.

Despite this, the petition has alleged that former President Gotabhaya Rajapaksa proceeded to grant amnesty and release him without following the accepted legal procedure.

The petitioners are asking the Supreme Court to rule that their fundamental rights have been violated and to issue an order canceling the amnesty granted to Duminda Silva.