Notice on Fmr.PM Mahinda,Namal,Sanath,Johnston,Prasanna, and Deshabandu for attacking Gota go Gama in May this year. 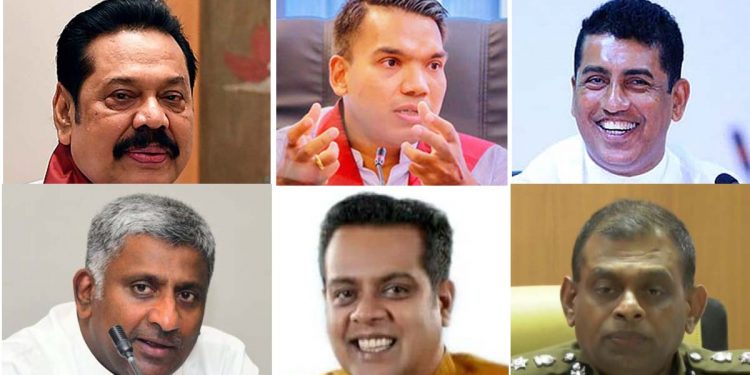 The Supreme Court has agreed to hear 05 petitions filed in connection with the attack on the “Gota Go Village” struggle ground at Galle mouth.

These five human rights petitions were submitted by 05 activists who claimed that the incident of storming and attacking the “Gota Go Village” protest site at Galle face on May 9th violated their fundamental rights.

The Supreme Court has issued the notice , on former President Mahinda Rajapaksa, Namal Rajapaksa, Sanath Nishantha, Johnston Fernando, Prasanna Ranatunga, and Senior Deputy Inspector General of Police in charge of Western Province Deshbandu Tennakoon, who were named as respondents, to appear in court on June 22nd to present their facts..

Five activists, including Lahiru Chanaka, were the petitioners.

They were heard by a Supreme Court bench comprised of Mr. Vijith Malalgoda and Mr. Janak de Silva today (09).

The bench that issued the decision after a thorough examination of the facts stated that the relevant petitions may be heard.

The petition requested that an order be issued to prevent attacks on peaceful protests and that the Inspector General of Police to prepare a set of guidelines for the same.

Although Army Commander Shavendra Silva is named as a respondent in this petition, the petitioners’ lawyers informed the court that they do not intend to hold a trial against him.

As a result, Mr. Shavendra Silva has been ordered to be excused from the proceedings.

The police created a commotion while attempting to disperse a youth demonstration at Galle Face.(VIDEO)

‘The country is corrupt’ protest held opposite bribery and corruption commission