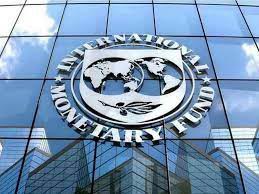 Sri Lanka’s ongoing economic crisis would deepen if one creditor disagrees, a senior International Monetary Fund (IMF) official said amid concerns that China would not go along with Western creditors on debt restructuring on an equal footing.

All Sri Lankan creditors including China have to agree to restructure their existing loans to the island nation before the IMF starts disbursing a 2.9 billion US dollar loan on which preliminary agreement was announced on Thursday.

“If one creditor or creditors are not willing to provide these assurances, that would indeed deepen the crisis here in Sri Lanka and would undermine the repayment capacity,” Peter Breuer, senior IMF mission chief told reporters in Colombo when asked what if China does not agree on a debt restructuring plan.

“So a deepening crisis means that essentially the resources available to service the debt would become less,” he said at the media briefing after concluding a nine-day visit to finalize the staff-level agreement and a loan package for Sri Lanka’s reforms.

“So it is actually in the interest of all creditors to collaborate together and with Sri Lanka so that Sri Lanka can emerge from this crisis as quickly as possible and regain its repayment capacity and service this new debt that will come out of these debt negotiations.”

China has so far not agreed for debt restructuring which could include haircut or reductions in interest rates. Instead, China has expressed its willingness to refinance Sri Lanka to repay its past loans without any changes, Sri Lankan officials say.

The Paris Club of Western nations which has a well defined unified process for dealing with defaulted nations, which is familiar to the IMF.

“Sri Lanka is in a special situation that much of its official debt is outside of Paris Club creditors,” Breuer said.

“It is important to move expeditiously. We want to avoid the crisis from becoming worse.” (Colombo/Sept01/2022)