Sri Lanka’s Ambassador thanks US Congressmen for their interest in assisting the country. 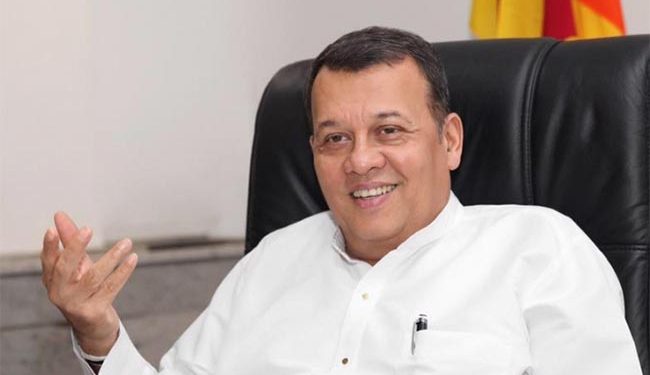 Mr. Mahinda Samarasinghe, Sri Lanka’s Ambassador to the United States, expresses his gratitude to the ten congressmen in a thank you letter.

Ten members of Congress wrote to USAID Administrator Samantha Power, urging her to consider additional assistance for Sri Lanka in overcoming the current crisis. He expresses gratitude to the congressmen for their unwavering commitment to assisting the country at this critical juncture.

He outlined three factors for their consideration. The first is that the Sri Lankan parliament will debate and vote on an interim budget between August 30th and September 2nd. This is expected to aid the process of economic recovery, which is desperately needed at this time.

Second, he emphasises the government’s unwavering commitment to democratic values, the rule of law, human rights protection, and reconciliation.

He also mentions that the 22nd amendment, which will be presented to parliament once passed, will give the legislature more presidential powers. The Constitutional Council, a body comprised of representatives from civil society and the legislature, The council is tasked with appointing key national institutions such as the judiciary, Sri Lanka’s human rights commission, the commission to investigate bribery and corruption, and the national audit commission, and other national bodies.

Furthermore, the council will have a significant say in the selection of the attorney general and the governor of the central bank.

Third, he claims that we are engaged in a multifaceted post-conflict reconciliation process and that we will continue with the initiative to create a harmonious social order that will strengthen national unity and eliminate divisions based on race, ethnicity, religion, and language.

“We wish to assert that democratic and peaceful protests and protesters will be respected and will not be suppressed,” he concludes. Their voices will be heard through new measures to solicit public input and promote a participatory government culture “He also mentions that some of these were reflected in the president’s policy statement. “

“We look forward to welcoming Ms. Samantha Power to Sri Lanka when she pays a brief visit next month,” he concludes.

In Pics: Rajapaksas Are Out But Sri Lankan Crisis Continues