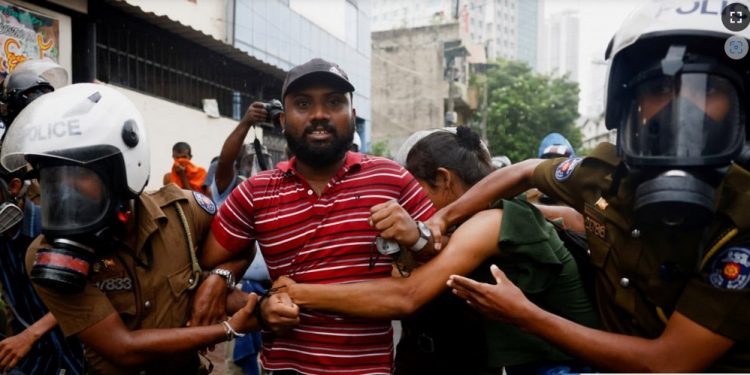 A report on the human rights situation in Sri Lanka urges the newly elected government to implement democratic reforms and combat impunity to prevent the recurrence of human rights violations.

The report was submitted Monday to the U.N. Human Rights Council.

Widespread protests over high levels of inflation and shortages of fuel, food, medicines, and other essential items led to the resignation of the previous Sri Lankan president on July 14. A week later, a new president was elected by Parliament.

The handover of power was largely peaceful. However, U.N. acting high commissioner for human rights, Nada Al-Nashif, expressed concern over certain actions taken by the new government in recent weeks.

She said the government has a fresh opportunity to steer the country on the path toward justice and reconciliation and to address the legacy of conflict. Sri Lanka’s 26-year-long civil war ended 13 years ago. However, Al-Nashif noted tens of thousands of survivors still do not know the fate of their missing loved ones, nor have they received justice and reparations.

She said there must be accountability for past human rights violations and abuses. The government should seize the opportunity offered by the changed circumstances in the country to right these wrongs, she asserted.

“Impunity remains a central obstacle to the rule of law, reconciliation and Sri Lanka’s sustainable peace and development. This impunity continues to embolden those committing human rights violations and has created fertile ground for corruption and the abuse of power, as well as contributing to the present economic crisis,” Al-Nashif said.

In response, Sri Lanka’s Minister of Foreign Affairs, Ali Sabry, said the government was aware of the socio-economic hardships faced by its people and was taking measures to improve their situation. He said steps also have been taken to strengthen democratic governance and combat corruption.

He added that the immediate concern was economic recovery, but advancing the human rights of Sri Lankans was of equal importance.