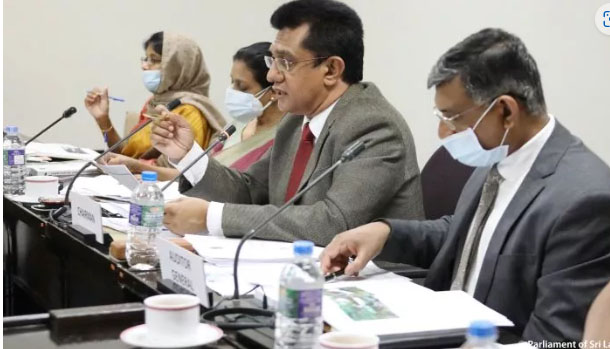 A prominent government MP has criticized the attendance of a group of independent members of Sri Lanka’s parliament at a ceremony marking the controversial arrival of a Chinese tracking vessel at the Hambantota Port.

The boat appeared to be at the Centre of a geopolitical standoff between India, Sri Lanka, and China. This came after the governments of India and the United States failed to provide “concrete reasons” for their opposition to the arrival of the boat. The Yuan Wang 5 vessel, at the Centre of an apparent geopolitical standoff between India, Sri Lanka, and China, was finally docked Tuesday August 16 morning at the Chinese-built Hambantota Port in Sri Lanka’s deep south after much toing and froing in the midst of raging controversy about its implications for the region.

Sri Lankan MPs Wimal Weerawansa and Vasudewa Nanayakkara were among the guests invited to a ceremony for the vessel Yuan Wang 5. Both are seen as critics of the West and supporters of ex-President Gotabaya Rajapaksa. The MPs’ political engagement “in a highly sensitive issue such as this” was “totally unnecessary”, Herath tweeted.

Sarath Weerasekera welcomes the Chinese ship Yuan Wang 5 at the Hambantota Port. “On behalf of the President, I came here to welcome the ship and wish them,” he says.