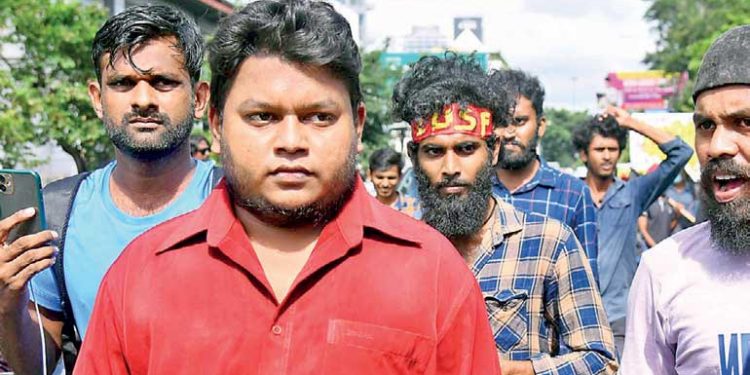 Sri Lanka’s new government came under international censure on Monday over the use of tough anti-terror laws to detain protesters who forced Gotabaya Rajapaksa to step down from the presidency last month.

Three student activists arrested last week during the first anti-government rally after the end of a state of emergency were being held under the Prevention of Terrorism Act (PTA), authorities said on Sunday, including student leader Wasantha Mudalige. The PTA allows suspects to be detained for 90 days without judicial review.

“Using laws that don’t conform with international human rights standards — like the PTA — erodes democracy in Sri Lanka,” said US ambassador to Sri Lanka Julie Chung. “We encourage the government to uphold the rights of the people to express their views,” she tweeted.

The European Union said it was “concerned” by the development, with the EU office in Colombo tweeting that there had been a “de-facto moratorium of the use of #PTA”.

Another 13 demonstrators arrested at Thursday’s protest have either been released on bail or are being held under normal procedures.

UK-based rights group Amnesty International said the use of anti-terror laws against peaceful protesters was sign authorities were “unwilling to withstand any form of criticism and are systematically stifling dissenting voices”.

“Charges of terrorism do not commensurate with any offenses the protesters are alleged to have committed,” said it’s South Asia Director Yamini Mishra.

“Time and time again, the Act has been used as a tool to silence government critics, journalists, and minorities.” An unprecedented economic collapse sparked often huge anti-government rallies in Sri Lanka this year, after the country ran out of foreign currency to finance imports, leaving its 22 million people enduring chronic shortages of essential goods, rolling blackouts, and spiraling inflation.

The government imposed a state of emergency that gave security forces sweeping detention powers, but the ordinance lapsed last week.

Govt. must permit the safe return of Gotabaya & Family – HRCSL