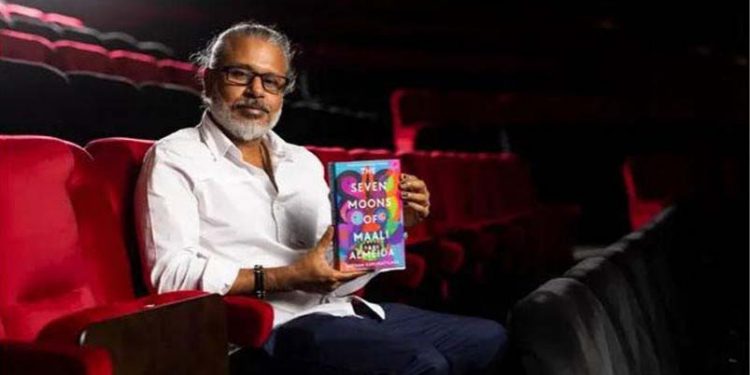 The Seven Moons of Maali Almeida by Sri Lankan author Shehan Karunatilaka has won the Booker prize for fiction. The judges praised the “ambition of its scope, and the hilarious audacity of its narrative techniques”.

Karunatilaka’s second novel, The Seven Moons of Maali Almeida comes more than a decade after his debut, Chinaman, which was published in 2011. The Booker-winning novel tells the story of the photographer of its title, who in 1990 wakes up dead in what seems like a celestial visa office. With no idea who killed him, Maali has seven moons to contact the people he loves most and lead them to a hidden cache of photos of civil war atrocities that will rock Sri Lanka.

Neil MacGregor, chair of the judges for this year’s prize, said the novel was chosen because “it’s a book that takes the reader on a rollercoaster journey through life and death right to what the author describes as the dark heart of the world”.

“And there the reader finds, to their surprise, joy, tenderness, love and loyalty,” he added.

MacGregor was joined on the judging panel by academic and broadcaster Shahidha Bari; historian Helen Castor; novelist and critic M John Harrison; and novelist, poet and professor Alain Mabanckou. The judges were unanimous in their decision to award the prize to Karunatilaka, according to the chair.

Receiving his prize, Karunatilaka addressed the people of Sri Lanka in Tamil and Sinhalese. He summarised what he said in English: “I write these books for you… Let’s keep sharing these stories.”

He said he hopes that one day the political situation in Sri Lanka will be such that his novel will “sit on the fantasy shelves of bookshops”.

This year the original 1969 Booker prize trophy was reinstated in memory of its creator, the children’s author and illustrator Jan Pieńkowski, who died in February.

The trophy was presented to Karunatilaka by Camilla, the Queen Consort, in one of her first official public engagements since she took on her new role, at a ceremony hosted by comedian Sophie Duker at the Roundhouse in London. Last year’s winner Damon Galgut presented Karunatilaka with his prize money of £50,000.

The Seven Moons of Maali Almeida is published by the independent press Sort of Books. This year is the first time a book by the publisher has been longlisted for the prize. Karunatilaka has become the second Sri Lankan-born author to win, following Michael Ondaatje, who won in 1992 with The English Patient.

In his Guardian review, Tomiwa Owolade said the book’s “scenarios are often absurd … but executed with a humour and pathos that ground the reader”. He added: “Karunatilaka has done artistic justice to a terrible period in his country’s history.”

Karunatilaka, was born in Galle, Sri Lanka, in 1975 and grew up in Colombo. Chinaman won the Commonwealth prize, the DSL and the Gratiaen prize, and was selected for the BBC and The Reading Agency’s Big Jubilee Read. The author has also written rock songs and screenplays.

The other books on the shortlist were Glory by NoViolet Bulawayo, The Trees by Percival Everett, Treacle Walker by Alan Garner, Small Things Like These by Claire Keegan and Oh William! by Elizabeth Strout.

MacGregor said that although all six books on the shortlist were very different, “it became clear … that they were all really about one question, and that is ‘what’s the importance of an individual life?’”

Bea Carvalho, head of fiction at Waterstones, said she and her colleagues were “thrilled” that Karunatilaka’s “fiercely inventive novel” had won.

She described The Seven Moons of Maali Almeida as “a triumphant, epic feat of imagination and wisdom which dissects a dark period of our recent history with satire and panache”.

Singer-songwriter Dua Lipa delivered a keynote speech on how her love of reading helped her connect with her family and identity. She said early obsessions included Roald Dahl and Malorie Blackman, “both of whom gave me little pearls of wisdom that still guide me today”.

Earlier this year, the singer launched a podcast called At Your Service, with guests including Hanya Yanagihara and Min Jin Lee. She said speaking one-to-one with some of her favourite authors was “honestly better than any therapy session I’ve ever been to”.

The ceremony was broadcast as part of a 45-minute Front Row special on BBC Radio 4, where presenter Samira Ahmed interviewed British-Turkish author Elif Shafak about what the attack on Salman Rushdie’s life means for writers around the world. The ceremony also paid tribute to double-Booker winner Hilary Mantel, who died in September.

In these perilous times, a truth-seeking global news organisation like the Guardian is essential. We have no shareholders or billionaire owners, meaning our journalism is free from commercial and political influence—this makes us different. When it’s never been more important, our independence allows us to fearlessly investigate, challenge, and expose those in power.

The national debt is 24 trillion dollars! In May alone, increased by 741 billion!