Salute to the brave commando who fought and was injured for his country… Why was this hero’s uniform removed for his final journey? 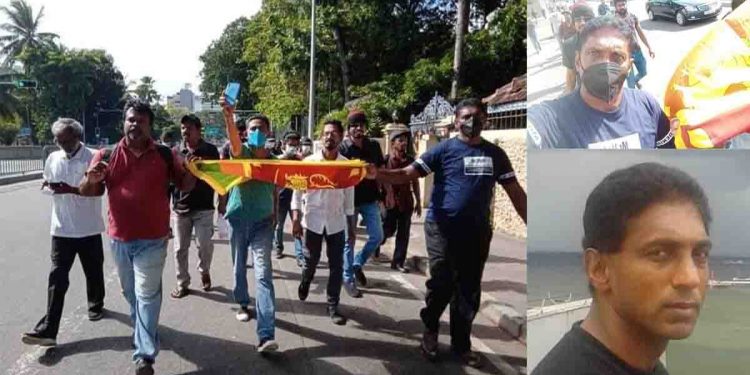 When we hear the word Commando, we envision a group of fighters engaged in arduous and dangerous battles. The mission of a commando is not an easy one. The path a young man takes from joining the army to becoming a commando is fraught with peril. They trained for the country and endured a difficult life tolerating various difficulties.

They train by enduring a particularly challenging phase. They do not care whether they are in dirt, trees, rocks, or the ocean. To be a commando, one must possess a unique skill. “Nothing is Impossible” is the central idea of Commando Force. From that point forward, the sweat and tears they shed for the country and for us are incalculable. During war operations, when there are overwhelming enemy attacks, the valiant troops of the commando regiment advance to subdue the hostile forces. The sacrifice they made for the sake of the motherland and to leave a future free for the country is truly commendable.

We believe that they should be treated with the utmost respect following their retirement from service to the country. The loss of a commando officer’s ceremonial dress after 22 years of unrestricted sacrifice and death during retirement is, however, a very unfortunate circumstance. How awful it is that a commando must endure such a fate.

Recently, we learned about a commando soldier who was not even permitted to wear his favourite uniform in his final moments. Many assumed he lost his uniform due to his participation in the Galle face conflict. We all cherish our nation. Our protagonist, Janaka Chaminda Lalith Jayasena, fought deadly terrorists for 22 years out of love for his own land. During the war, he served as an officer in the intelligence unit of the commando regiment and as an outstanding soldier for his nation.

Upon witnessing the ruin of the country, he was no longer able to endure it and took to the streets in support of the cause. When presidential security fired to disperse the crowd, a bullet struck Mr. Janaka Chaminda Lalith Jayasena, a 59-year-old retired commando officer, during the Galle face battle on May 9, 2022. Mr. Janaka Chaminda was shot on the head by the presidential security unit in an effort to disperse the demonstrators. After battling for life and death for several months, he passed away on the fifteenth, leaving his family and friends in eternal sadness.

In 2004, Mr. Janaka Chaminda retired from the Army Commando Regiment as a major. During his 22 years of service, a terrorist strike in the North East caused him to lose one of his legs. After his retirement, he worked for Avangard Private Company for a time before departing for Japan and Iraq to engage in a variety of occupations. After leaving the Foreign Service, he reportedly worked as a security manager for an Ambatale-based company.

Mr. Janaka’s wife spoke to the media in tears after his head was shot at.

On the battlefield, he was shot in the leg. The leg was re-fitted and he served. My husband is a decorated soldier. They claimed that an idiot shot Mr. Bandaranaike dressed in a robe. As long as the idiots are in the army, the bad deeds they commit while wearing those uniforms will cost the lives of such good gentlemen. He is currently recovering from brain surgery. We cannot demand justice. My husband cannot be purchased with money. I am requesting that the people of Sri Lanka bless my husband and save him for the sake of the family and the children.”

According to family members, he has received numerous medals for being the best commando soldier. Many people felt that no matter how many medals he received, if his final moments were not respected, what good were the medals?

According to those close to him, his initial medical records indicated a gunshot wound, but the autopsy report did not. According to the report, a germ entered the body through a wound in the head and caused pneumonia.

However, how pitiful is it that a valiant warrior who finished 22 years of difficult military operations cannot even receive the uniform he wore on his final mission? Some media also reported that a top official of the Ministry of Defense ordered that he not receive the military honour for his support of the people’s resistance.

However, the army law specifies that a soldier’s uniform shall not be placed on his corpse if he has been convicted by a court of law. However, according to his family, Mr. Janaka Chaminda Lalith Jayasena has not been convicted by a court. Media tried in multiple occasions to contact through telephone the Army Media Director Brigadier Ravi Herath to inquire about this injustice but all attempts were unsuccessful.

Janaka Chaminda Lalith Jayasena, a retired commando major, has two children. His spouse is a teacher. They dwelt at Maddawatta neighbourhood of Wellamadama, Matara.

This incident is strong evidence that many army officers and police officers were unlawfully abused during the conflict. Today, we have lost one of the thousands of valiant soldiers who gathered in Colombo that day.

Due to the blood and tears of tens of thousands of war heroes, we are able to live in a free country today. They must have also had great dreams in their life. Although they liked spending time with their children, they made sacrifices for the good of the nation. The sacrifice of these combat heroes resulted in the creation of a country in which people can live happily. We ask the authorities as to whether the participation of these war heroes in the people’s struggle for the sake of the nation is so immoral as to warrant stripping them of their privileges. They merit the regard they deserve.

Mr. Janaka Chaminda Lalith Jayasena, even though you no longer wear uniforms, you are always a people’s hero. A brave son who owes nothing to his homeland…

Brother, the nation’s honour is bestowed upon you….