Robberies and thefts: Alarm over rise in chain snatching from women 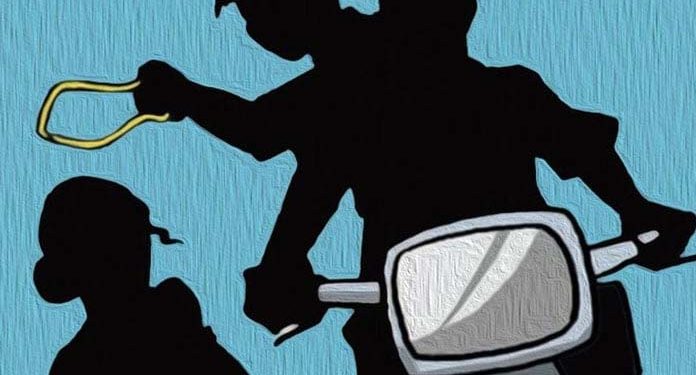 Complaints and arrests made by police indicate an increase in robberies. Most of these have targeted women walking down the street in recent weeks.

Snatching gold chains from women walking down the street has increased. Also, the other thefts, robberies, and burglaries.

Women have been robbed of mobile phones, bracelets, pendants, and money, in addition to gold chains, according to police.

They stated that several incidents of three-wheelers, motorcycles, laptop computers, and other valuable items being stolen occurred. These incidents have been reported in recent weeks. A medical supply store had also been broken into and equipment stolen.

Nihal Thalduwa, a police spokesman, said he believed there was a link between the price of narcotics and robberies and thefts.

Rejecting claims of a significant increase in crime, the Senior Superintendent of Police stated that regular telecasts of robberies caught on CCTV cameras had given the public the impression that crime had increased.

However, citing research findings, the spokesman stated that the crime rate generally increased during times of economic hardship.

S. Hettige, a sociologist and Emeritus Professor at Colombo University, stated that robberies and thefts would increase during hyperinflation periods. He also said that it was not unusual in crisis-hit Sri Lanka. People in the lowest brackets of society are unable to buy their basic needs, which have tripled in price while their income has not increased.

“Under economic pressure, people need more and more money, but no money is received,” the professor explained. He added that even employers were unable to raise workers’ wages.

The Professor advocated for effective law enforcement, including a dedicated law enforcement body in charge of reducing robberies and thefts. However, he expressed skepticism about the possibility. He cited the fact that law enforcement officers have been affected by the economic downturn.

Prof. Hettige claimed that successive governments had failed to take preventative measures to address the crime problem. He explained that the mismanagement of social transformation since the economy’s opening up in 1977 had resulted in this outcome.