Ramaphosa stopped in Sri Lanka on his way back from the G-20 summit! Ranil had a dialogue! (PHOTOS) 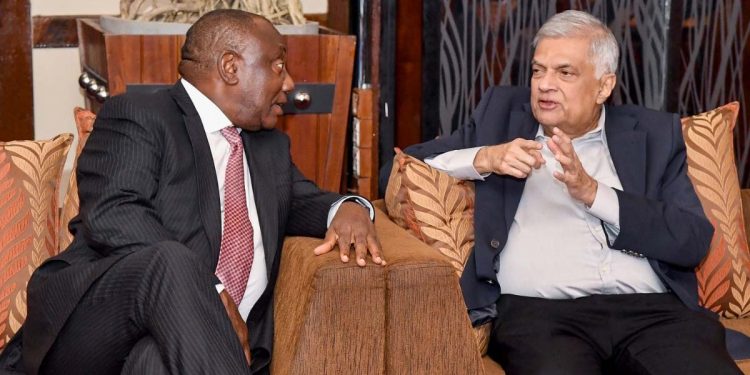 The South African President has come to this country for a short visit while returning to his country after attending the G20 Summit in Indonesia.

Further strengthening of bilateral relations between the two countries with the aim of economic cooperation and planning was discussed here.

It was also discussed about getting South Africa’s support to expand tourism in Sri Lanka.

Attention was also given to seeking South African support, guidance and mentoring to establish a credible fact-finding mechanism for lasting reconciliation between communities.

Commemorative gifts were also exchanged between the two leaders to mark the meeting.