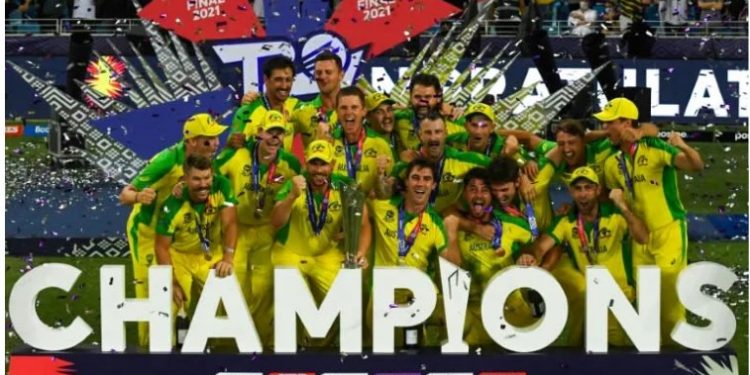 Rain threatens to derail the Twenty20 World Cup when big guns enter the fray this weekend, with Australia’s opener against New Zealand and an India v Pakistan blockbuster both at risk of being washed out.

Parts of Australia are facing a third straight La Nina weather event with a wetter-than-average summer expected, and downpours are forecast for Sydney and Melbourne from Friday through to next week.

Aaron Finch’s Australia begin their title defence against New Zealand at a sell-out Sydney Cricket Ground on Saturday evening — a repeat of the 2021 final in Dubai where Mitchell Marsh’s unbeaten 77 powered them to an eight-wicket win and maiden crown.

But the Bureau of Meteorology is forecasting a “very high (90 percent) chance of showers” and potentially thunderstorms, with no reserve days for group games. They only come into play for the semi-finals and final.

It looks equally gloomy for Sunday in Melbourne where India face Pakistan in a hotly-anticipated clash with up to 100,000 fans in the cavernous MCG and tens of millions more tuning in to watch.

A minimum of five overs a side is required to constitute a match.

The weather could also cause havoc in Hobart where games are scheduled for Friday and Sunday, although England’s opener against Afghanistan in Perth on Saturday has a fine weather forecast.

Australia have a golden opportunity to become the first back-to-back T20 world champions, enjoying the advantage of being the only winners of cricket’s shortest format to have a crack at defending the title at home.

But they begin their campaign on the back of a 2-0 series loss to England this month and with Finch admitting they were “tired” after a gruelling build-up.

Despite the tough lead-in, pace spearhead Pat Cummins insisted they were better placed after defying the odds to win last year’s title.

‘Better prepared’ –
“I think in some ways we are even better prepared,” he said this week. “We have played a lot more and we have drawn on the experiences from last year.

“In saying that, T20 is a very fickle format. You look around and there are probably four or five teams that realistically could win it.”

Kane Williamson’s New Zealand enter the competition in mixed form, having lost to South Africa and Pakistan, but recently enjoying victories against Bangladesh and Pakistan.

Fast bowler Tim Southee is under no illusions that Australia will be a tough opponent, should their game go ahead.

“You can’t give them a sniff. They are a class side,” he said.

England are in the same six-team group as Australia and New Zealand and loom as potentially their biggest challenger, having dominated white-ball cricket in recent years.

Jos Buttler’s men suffered a blow on Wednesday when pace bowler Reece Topley was ruled out of the tournament with an ankle injury, with fellow left-armer Tymal Mills promoted from his previous status as travelling reserve.

They were already without injured star batsman Johnny Bairstow, with only two teams from each of the two groups making the semi-finals.

India head into their clash with Pakistan as world number one, but without any major silverware since their 2013 Champions Trophy triumph.
They are without injured pace spearhead Jasprit Bumrah and key all-rounder Ravindra Jadeja, but skipper Rohit Sharma said the squad was strong enough to cope.

“The bowlers, who have come with us in the World Cup, have played enough matches,” he said, with Mohammed Shami taking Bumrah’s place.

Pakistan are fresh from winning a T20 tri-series in New Zealand and welcome back pace bowler Shaheen Shah Afridi, who recovered from a knee injury.