Priyamali amassed a fortune worth millions through drug dealers. 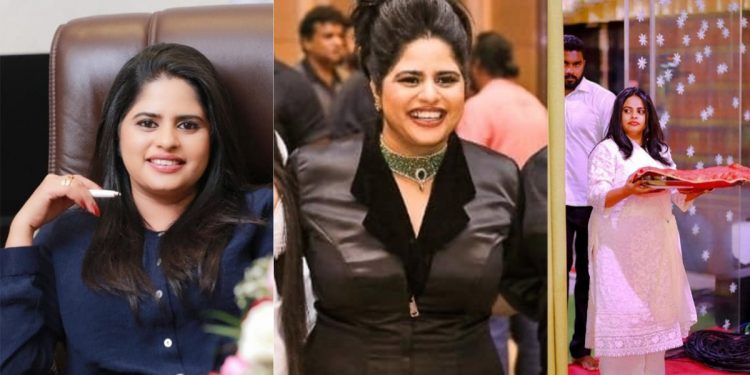 Intelligence agencies’ investigations have shown that Tilini Priyamali has millions from drug dealers.

Additionally, it has been discovered that several of them—including a number of drug traffickers who reside in Dubai and one in England—are drug dealers.

The money of the drug traffickers was reportedly handed to Tilini by a group of jewellery store proprietors who use the Undial method to send the drug money abroad. No one who attempted to quadruple their drug profits but failed to do so has yet to file a complaint with the Criminal Investigation Department. Threats are being made against the owners of jewellery stores who have paid Thilini for the missing money, per information acquired by intelligence authorities.

Only 12 complaints have been made against Thilini, according to the Criminal Investigation Department. According to a senior police officer, 100 persons who provided her money and lost crores of rupees have been identified, but none of them have filed complaints against her since they are hesitant to do so.

The officer added, “We cannot coerce complaints from anyone.

Two actors and two politicians are among individuals who have lost millions to her but have not yet come forward to file any complaints, according to information from the Criminal Investigation Department.

The Criminal Investigations Division thinks Thilini has concealed the money obtained through deception. The location of the concealed money has not been discovered as of yet. She has most likely hidden this money with a third party, according to the CID.

According to the Criminal Investigation Department, 300 crore rupees that were put in her bank account were removed from the bank six months prior to the suspension, and no details on how the money was credited have been discovered.

A company director who is reportedly involved in her fraud is the subject of an exhaustive inquiry by the Criminal Investigation Department. Asad Sali, the former governor of the Western Province, has repeatedly told the Criminal Investigation Department that the firm director was to blame for his involvement in Thilini’s fraud. Senior company officials reported that Mr. Asad Sali delivered the CID two audio cassettes relating to Thilini’s fraud by the director of the company yesterday (27).

In the meantime, a mobile phone salesman who was involved in a 4 crore rupee fraud by Thilini Priyamali and who claimed to be willing to swap US dollars for rupees at a rate below the market rate visited the Criminal Investigation Department yesterday (27) and filed a complaint.

The entrepreneur lives in Moratuwa. His store is in the Wellawatta neighbourhood. According to the businessman’s statement to the Criminal Investigation Department, he became aware of Thilini Priyamali through a director of an Indian firm involved in a project in Sri Lanka.

Additionally, he claimed that when he met her at the home of the company director in May of last year, he withdrew fifty lakh rupees from her and simultaneously gave her dollar bills. She had a lot of money when he met her, according to what he has also indicated.

Later, this person informed the Criminal Investigation Department that she had been robbed of another 4 crores of rupees after asking for and receiving another amount of dollars.

The businessman further claimed that she had given him multiple cheques after repeatedly pleading with him for the promised 4 crores. The merchant has also delivered many cheques with a sum of Rs. to the Criminal Investigations Division. The checks show Thilini Priyamali’s signature. 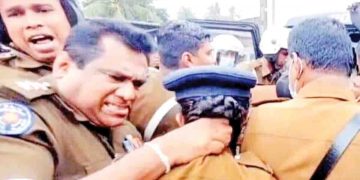