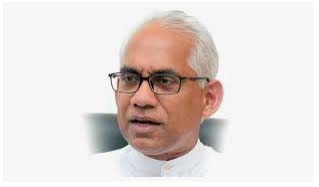 SJB MP Eran Wickramaratne has asserted that he will introduce legislation in Parliament soon to amend the Declaration of Assets and Liabilities Law of 1975 to allow for the publication of assets and liabilities declared by the President, Prime Minister, Ministers, and Members of Parliament.

Complete document is appended below:

On October 18th 2022, in the furtherance of public interest, I presented a private members bill to the Bills Office to amend the Declaration of Assets and Liabilities Law No.01 of 1975.

This amendment comes at a time when the country has been demanding change and accountability. It seeks to do this through five key aspects:

First, it seeks to remove the archaic secrecy provisions within the Act to keep it in line with the obligations of disclosure under the Right to Information Act and the principle of maximum disclosure. This has been done with an eye to ensuring that there are proper safeguards. Therefore, it does not provide for completely unfettered public access to asset declarations, but instead the bill ensures that the proper privacy of the declarants are protected, in line with international norms on asset declaration transparency.

Second, the bill ensures that electoral candidates will submit Asset Declaration’s with the nominations. It is a response to the current political concerns from society, and the call of the Aragalaya, that public representatives and officials provide proper disclosure of their wealth to increase transparency.

Third, the bill has included the President in the list of individuals to whom this law applies.

Fourth, the bill ensures that asset declarations are routinely examined and verified at a central authority – the Commission to Investigate Allegations of Bribery or Corruption (CIABOC). This has never been done before as asset declarations were only called for when there had been a complaint filed. The bill has also introduced an online portal through which CIABOC can monitor and verify asset declarations to streamline the process. These amendments to the Act, mean that officials cannot secretly amass large amount of wealth after coming into public office. Large increases in wealth will be subject to proper explanation, as it should be.

Fifth, the bill supports law enforcement to pursue asset recovery in the case of stolen assets. This has been specifically included to address the demands from the Aragalaya to recover stolen assets. The bill, therefore, has provided for stolen assets to become more noticeable and if there is any non-declaration for this to be more transparent and also correctable.

In the fight against corruption the enactment of laws is just the beginning. If minimizing corruption is to take effect the organisational and management processors of the enforcement agencies need to be reconstructed from the police, CIABOC and Attorney General.

If we are to eliminate or minimize corruption, the example needs to be set by the executive am of government. I call upon all present and past Presidents, Prime Ministers and Cabinet Ministers to voluntarily make a public declaration of assets and liabilities. This will certainly set the example to build a new Sri Lanka.

The government intends to sell CEB in two weeks, with charges increasing by 30%.(VIDEO)