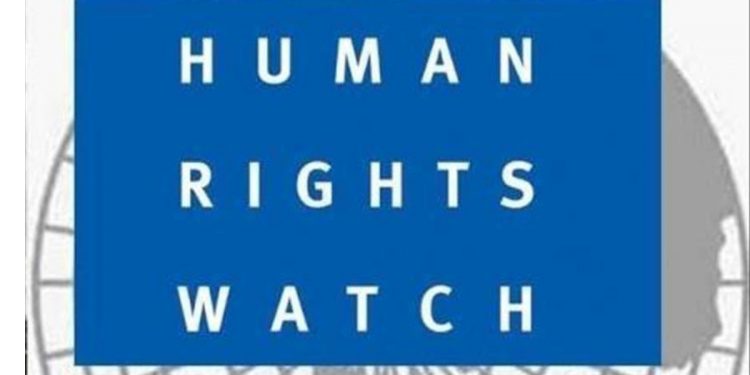 Human Rights Watch said in a letter published today outlining key human rights concerns that Sri Lanka’s new president, Ranil Wickremesinghe, should ensure that his administration adopts measures to protect the basic rights of all Sri Lankans. On July 21, 2022, Wickremesinghe was sworn in as President.

He took over after the previous president, Gotabaya Rajapaksa, resigned following months of protests against his economic mismanagement and corruption.

Following years of misgovernance and rights violations, Sri Lanka is in the midst of a political, economic, and human rights crisis. Protecting the public from further hardship should be at the top of the government’s priority list. It can do so by implementing appropriate social protection policies and combating widespread corruption.

It should also respect fundamental rights, such as freedom of expression and association, and prevent security forces from abusing their authority.

“Sri Lanka’s partners have made it clear that international economic aid will only be effective if the government respects human rights and the rule of law, as well as addresses the root causes of the crisis.”

Over 50 people were beaten and injured, including lawyers and journalists. At least 30 protest organisers have been arrested as part of the ongoing crackdown on dissent. In many of these cases, they did so without a warrant or with officers dressed in civilian attire who broke the law.

Sri Lanka defaulted on its foreign loans in May, and the government is currently attempting to negotiate debt restructuring and an IMF bailout. Because of the economic crisis, which has resulted in severe shortages of imported goods, including fuel, and rampant inflation, millions of people are now living in poverty.

Human Rights Watch has made the following recommendations to President Wickremesinghe:

• Ensure that people can freely and peacefully express themselves without fear of retaliation or arrest;

• Declare a formal moratorium on the use of the Prevention of Terrorism Act (PTA) until rights-respecting counterterrorism legislation is enacted, and release all PTA detainees.

• Create a new social protection system that is adequate to protect everyone’s rights from the effects of the economic crisis while also preventing mismanagement and corruption.

• Resumption of Sri Lanka’s participation in the Stolen Asset Recovery (StAR) initiative, a World Bank and United Nations partnership to support international efforts to eliminate safe havens for corrupt funds, as part of an agreement with the IMF; and

Conduct independent and impartial investigations into allegations of serious human rights violations and high-level corruption, and hold those responsible accountable.

“Many Sri Lankans have bravely taken to the streets in recent months to demand reform, accountability for corruption, and the protection of fundamental rights,” Ganguly said. “Rather than attempting to silence protesters, President Wickremesinghe should listen to them.”

Human rights experts from the UN have condemned the repeated use of emergency measures to quell protests.