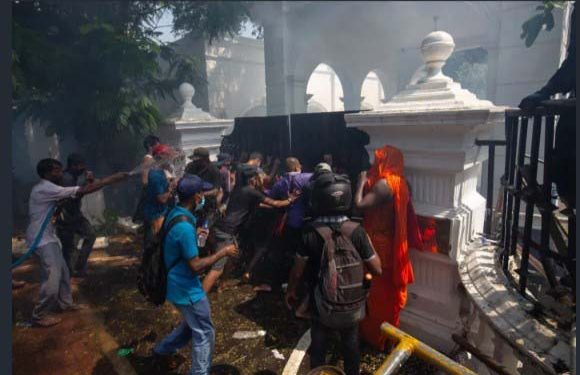 After Sri Lankan protesters booted out former leader Gotabaya Rajapaksa earlier this year, his allies are now looking to water down their demands to curb the powers of the island nation’s presidency.
Lawmakers on Thursday are set to kick off a debate on a constitutional amendment that would curb sweeping powers granted to the president to make the position more accountable to lawmakers. The move is at the heart of plans by current President Ranil Wickremesinghe to calm public anger against Rajapaksa, who led the South Asian island nation to its worst economic crisis since independence.

Still, some lawmakers allied to the Rajapaksa family have been clamoring to scale down the so-called 22nd amendment by wresting back power to the president, delaying the date on which the executive could dissolve parliament and allowing dual citizens to hold positions in government. Some are even pushing to scrap the amendments altogether in favor of drafting a new constitution.

Both moves would help ease a political comeback for the family that dominated the nation’s politics for two decades. Rajapaksa allies are hoping the tactics will also delay national elections — another key demand of the opposition and protesters — buying the former president and his family more time to regroup.

The political maneuvering comes as Wickremesinghe’s government is pushing for final approval of a $2.9 billion International Monetary Fund program to help the island out of its economic malaise. The IMF and Colombo’s creditors, including India, will be watching for signs that democratic reforms are underway in the island nation.

“There is a clear need to address structural reforms, in the context of the IMF agreement,” said Bhavani Fonseka, senior researcher at the Colombo-based Center for Policy Alternatives. “The political reforms don’t even go halfway in meeting the demand of the people for system change.”
Any further dilution would raise the question of whether Wickremesinghe is doing the bare minimum “while setting the stage for the Rajapaksas,” Fonseka added.

The main push to step back from curbing presidential powers comes, not surprisingly from within the Rajapaksas’ still-in-power Sri Lanka Podujana Peramuna party. Wickremesinghe depends on the support of its lawmakers to stay in office.

Sagara Kariyawasam, general secretary of the SLPP and a close ally of former finance minister and Gotabaya Rajapaksa’s brother Basil, said some in the party were against amendments that were “targeting individuals,” alluding to the former ruling family.

Just before street protests erupted in the country, there were at least five family members in government apart from the then-president — including his older brother and former strongman president Mahinda Rajapaksa as prime minister.

Gotabaya Rajapaksa broadened the executive powers of the president to dismiss members of the cabinet and the prime minister as well as appoint judges and top government officials soon after he came to power in 2019.

Sri Lanka’s main opposition Samagi Jana Balawegaya has aligned with a breakaway faction of the SLPP to oppose any dilutions to the amendments while calling for elections to be held next year.

“We want the president to be more accountable,” said SJB lawmaker Eran Wickramaratne said in a phone interview.

Wickremesinghe, who had promised constitutional reforms when angry citizens had taken to the streets earlier this year, has appeared less decisive now.

The president, whose perceived closeness to the Rajapaksas had protesters calling him “Ranil Rajapaksa” during demonstrations earlier in the year, has also clamped down on dissent with claims of maintaining law and order. The public anger that roiled the streets for months has been mostly absent since he took office in July, even though inflation recently touched 70% and shortages of basic goods persist.

The Rajapaksas meanwhile, are more visible now than they’ve been for months. Gotabaya Rajapaksa returned home last month from nearly two months of self-imposed exile in Singapore and Thailand and is ensconced in a government villa in a posh neighborhood in Colombo.

His brother and former premier Mahinda Rajapaksa held two party rallies in rural areas of the island over the past week. Mahinda’s son and former sports and youth minister Namal Rajapaksa has resumed his active presence on Twitter. 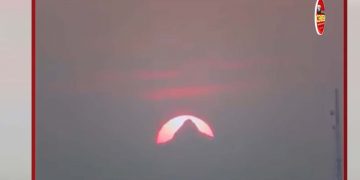 Adams peak could be clearly seen from Mt Lavinia these days...