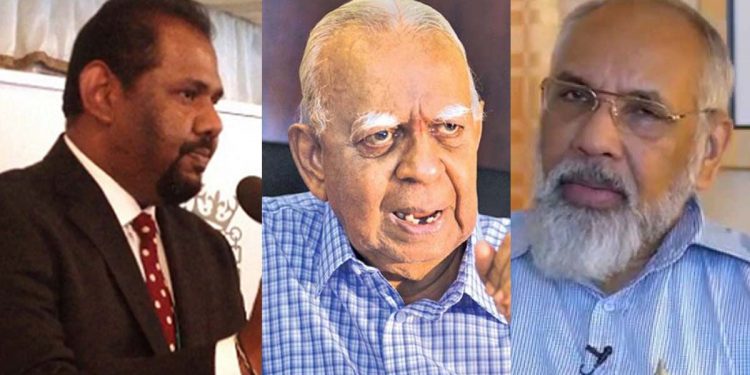 It is reported that many Tamil parties have decided to reject the President’s invitation to come for talks.

Alleging that the government is once again trying to deceive the Tamil people.

Tamil National People’s Front leader Gajendra Kumar Ponnambalam says that the government’s talks to find solutions to the problems of the people of the north is a plan to show the stability of the government to the international community.

Talking to the Tamil representatives is a must for the government today. Because we need to show the world that the country has political stability. Only if we show that, we will be able to get a loan from the IMF,” said Gajendra Kumar Ponnambalam, a member of parliament, to the newspaper Veerakesari.

Tamil National Alliance leader R. Mr. Sampanhan has also said that he is not ready to be deceived again.

“During the time of the good governance government, they talked like this and made an interim report, but it was thrown in the dustbin. In the end we were fooled. We are not ready to face such thing again, we should prove it by actions rather than words. The government should be sure about it before the conversation.” “says former opposition leader R. Sambandhan, leader of the Tamil National Alliance.

C.V. Wigneswaran, the leader of the Tamil People’s National Alliance and the former Chief Minister of the Northern Provincial Council, states that the Tamil leaders have discussed with each government that came to power in turn until they were exhausted.

“No matter how much we talk, nothing has happened so far. If speaking, the leaders of the south should be ready to be freed from the unitary state constitution. In order to get a permanent solution, we should abandon this unitary constitution and switch to a united state constitution.’ Vigneswaran has stated.

Meanwhile, the Tamil Eelam Liberation Organization says that if the aspirations of the Tamil people are to be fulfilled, it is important for the North-Eastern provinces to remain united. “Solutions to the Tamil national question and the aspirations of the Tamil people cannot be discussed by inviting only representatives from the North and leaving the East alone. All should speak together,” says TELO leader, Member of Parliament Selvam Adeikkalanathan.

The TELO leader expects to meet President Wickremesinghe and inform him about this before meeting the Tamil political leaders.