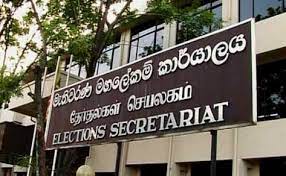 With no funding allocated for a General Election, Parliament will have to decide on where such funding will be sourced from in order to hold an early election if such a decision is reached, information from EC office indicates.

Nimal Punchihewa, Chairman of the Election Commission (EC), says to the media that no funds had been allocated for a General Election in the 2022 Budget, and that it would be up to Parliament to do so.

“The Parliament is in charge of overseeing the country’s finances.” “In this case, too, Parliament will decide how to fund a snap election,” Punchihewa told the media.

He noted that funding for other elections may have been allocated through the Budget. “The Budget may have allotted funds for the long-overdue Provincial Council Elections, but I must first investigate how much, if any, has been allocated.”

However, he noted that according to the Constitution, a Parliamentary Election was only possible under certain conditions. “First, because the two-and-a-half-year preconditions have not been met, the President cannot call elections now.” He can only call elections the following year.”