No blood stain on my hands! No robbed money from banks! I have no hypocrisy! The opposition leader tells the country in his speech! (VIDEO) 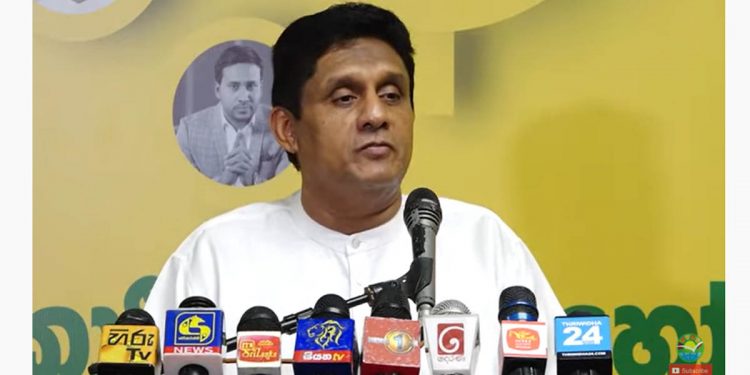 Mr. Sajith Premadasa, the opposition leader, said that Sri Lanka has become a prey for powerful countries due to the instability and bankruptcy state of the country.

The opposition leader said that even national security is in crisis through this and said that the backbone of this country has been broken by the Rajapaksas.

The opposition leader further said that today the country has faced the tragedy of choosing “Wrong Path” instead of “Samagi Mawatha” in the 2019 presidential election and emphasized that Samagi Jana Balawega has the ability to build this country.

The opposition leader also said that although the appointment of Mr. Ranil Wickramasinghe as the current president is constitutionally correct, it is a complete distortion in terms of acceptance and public opinion.

The leader of the opposition said that the present is completely different from the past, but in those days the elders often had the priority in making political decisions, but today the youth have taken it even in the house. The opposition leader said that it is the responsibility of the rulers to understand their thoughts and wishes.

The opposition leader stressed that there is no blood on his hands, there is no robbed money from banks in his bank books, and he has no hypocrisy, and he said that he will accept the challenge of building the country by coming together as a group.

Many criminal investigations swept under the rug. There cannot be two rules – Cardinal