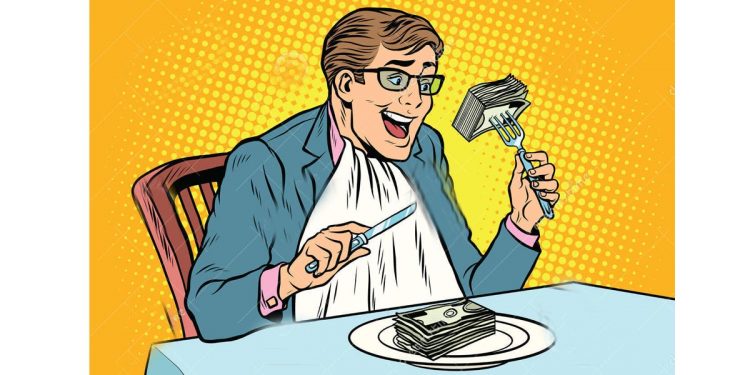 The 8th President Ranil Wickremesinghe was severely criticized by the Janata Vimukti Peramuna for appointing state ministers by getting a huge amount of privileges at a time when the country’s economy has collapsed and the people are suffering from food shortages.

The leader of that party, Anura Kumara Dissanayake, made these comments while holding a press conference at the head office in Battaramulla Pelawatta. There he emphasized that the ministers imposed a huge tax burden on the people and did not give them even a penny.
That it is shared from the backhoe machines. Further comments are given below.

Ranil Wickramasinghe’s government has appointed 37 state ministerial positions and is going to give more cabinet ministerial positions within a very short period of time. At a time when the common people are facing such economic difficulties that they cannot sustain their lives, fuel prices have been increased by more than four times and electricity rates have been increased by two or three times in the last few months. The water charges have also been increased and the prices of essential food items have been greatly increased. People are facing many problems everyday.
The government should give priority to solving these problems of the people. But the current government is trying to solve the internal problems of the government people. Ranil Wickramasinghe is busy solving the problems of the 134 people who voted to elect him. He stated at the party conference that his grandmother and grandfather had advised him to “pay off a loans’ presidency was borrowed from Basil Rajapaksa.
Now, 29 MPs representing Pohottua have been given state ministerial posts by settling that debt. Basil Rajapaksa’s debt is being paid by giving 06 representatives of Sri Lanka Freedom Party and two representatives of SJB as Ministers of State. Apart from that, more Cabinet Minister posts and district coordination committee chairman posts have also been given.

Also, a minister gets two phones for office, two for home and one mobile phone. For the two phones in the office, Rs. 20,000 for office phone and Rs. 10,000 and mobile phone Rs. 10,000 as Rs. 40,000 will be given. This money is given in addition to monthly fixed charges and taxes. When the price of fuel increases, it is calculated as a monthly allowance.
It is calculated according to the prevailing prices in the local market on the first day of the respective month. In parallel with the increase in the price of fuel, the amount received by the ministers increases. That money is received. Apart from that, houses and all other facilities are provided with public funds. Those guys buy food and drink from public money. Even the cutlery related to those houses is provided with public funds. According to old circulars, ministers who cannot get a house will be given Rs. An allowance of one lakh is given.

15 people are given to the ministerial staff. A private secretary, two coordination secretaries, a press secretary, a public relations officer, five private assistant public relations officers, two office assistants, two drivers, etc. will get 15. Five of them get phones paid for by public money. Rs. 5,000 to 6,000 bills are paid for them. This is the amount given after removing fixed fees and government taxes. 08 police officers are given to a minister for security.
MPs are provided with two police officers. We have not taken police officers for security. A security vehicle will be given to a minister along with fuel. Rent has to be paid for the ministerial offices provided for the posts of state ministers. Privileges including vehicles, fuel and telephones are given to high officials including the ministry secretary. Ditto for Additional Secretaries.
The cost of maintaining a state ministership is like the cost of maintaining a colony in our country. Should the citizens of our country bear such a burden? On the other hand, 15% VAT and 2.5% interest are also imposed on the people. A flock of parrots is maintained by the wealth of the people. The public is not given a spoonful, but the ministers are distributed in buckets. Should the people continue to bear such expenses?

It is this political culture that has plunged our country into the economic abyss. Finance Minister Ranil Wickramasinghe has the spoon in his hand. And the appointed president. By appointing ministers and deputy ministers as they like, they distribute the wealth of the treasury in buckets and do not even give it to the people with a spoon. Such studies

Do we need wasteful ministerial posts in times of economic crisis? Is the people’s problem the lack of ministers, state ministers? People have problems with food shortage and rising prices. The country has the problem of lack of dollars. Lack of money in the treasury.
Leave all these aside and solve the problems of those guys and Ranil Wickramasinghe comes on the stage and says that the public service should be reduced and expenses should be reduced. While sharing to them as much as possible, people are put under extreme pressure. This political culture must be changed. People should rally for that change. We need to change the political culture that is wasteful, frivolous and dependent on spending what has been earned.

No further experience is required for this. These rulers have given us enough experience. Facts have been given. They have proven what kind of team they are. It has been proven that they are a small group that depends on people’s money. Therefore, we invite the people to rally to change this political culture.

IMF staff level agreement cannot be given to Parliament: Speaker